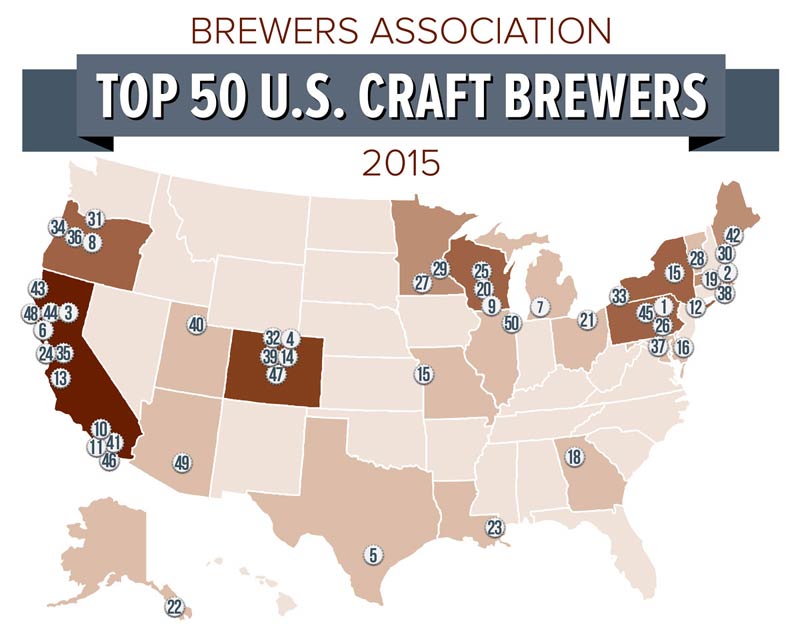 The Brewers Association just release a list of the top 50 breweries in the United States. How did Washington fair? Well, it doesn’t matter. Around here we’ve known for a long time that Washington breweries makes some of the best beer that nobody outside of Washington ever gets to drink.

Once again, not a single Washington brewery made the list. Four of Oregon’s breweries and 12 California breweries made the cut, but the Evergreen State is missing. Before you get your boxers in a bunch, recognize that this list is based on sales volume and not somebody’s opinion about who makes the best beer.

Around here, we are beer consumers, not beer exporters. Washington (and Seattle in particular) is one of the top beer markets in the country. Other breweries in other states make beer and ship it here because they know we’ll drink it. Conversely, most of  our local breweries struggle to keep up with demand on the home front and the dream of shipping beer to California or Colorado is unrealistic. Also, I’m not sure how many Washington breweries are trying to be the next Boston Beer Company or Sierra Nevada Brewing. We’re pretty chill up here in the PNW.

Anyway, the list is below, along with a map showing which states are represented on the list.

* Ballast Point, Breckenridge, Four Peaks and Lagunitas no longer fit the Brewers Association definition of a craft brewery, though they’re still on the list. Craft volume pro-rated in 2015 or will be pro-rated/exiting craft brewer data set in 2016.