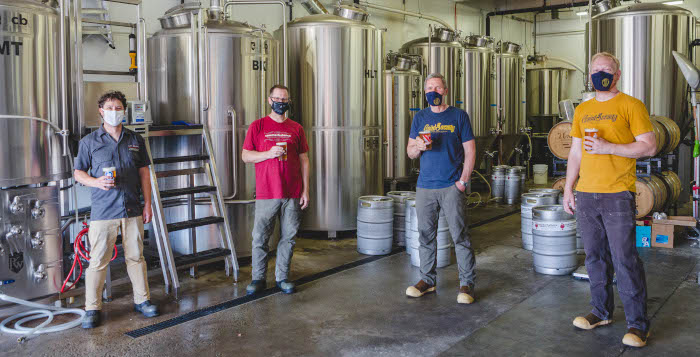 Counterbalance Brewing and The Good Society Brewery introduce a beer born out of necessity in all the best ways. Available on tap and in cans this Friday.

On Friday, August 7, Seattle’s The Good Society Brewery and Counterbalance Brewing release a collaboration beer, Long Way Round IPA. The beer is described as a celebration of beer’s power to facilitate friendship and resourcefulness in the face of the challenges and tribulations presented by 2020. 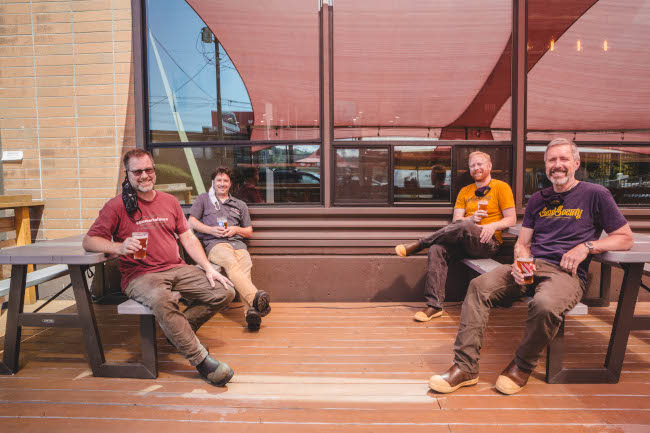 Long Way Round IPA was brewed using Idaho 7 hops and Hornidal Kveik yeast. It is described as a brilliant golden, medium-bodied IPA featuring flavors of juicy tropical fruit, pine, and subtle resin. The name is a reference to the unfortunate state of travel between The Good Society Brewery and Public House in West Seattle and Counterbalance Brewing’s location in Georgetown. In a regular world, the two breweries are just minutes apart, but with the closure of the West Seattle Bridge, the only way to get from The Good Society to Counterbalance is by taking the long way round.

“It’s a beer born out of necessity, in the best way,” says Jeff Howell, co-founder of Counterbalance Brewing. “We were excited to see Nick [Berger] and Phil [Cammarano], The Good Society co-owners/brewers open The Good Society earlier this year after getting to know them throughout their startup process. Obviously, none of us had any idea what was coming shortly thereafter.” 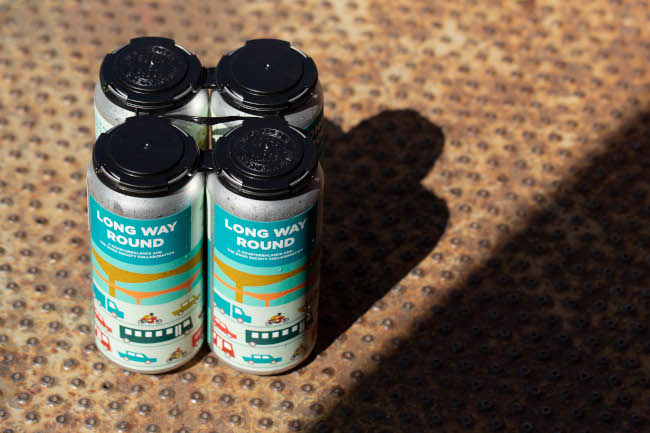 “To have the opportunity to share labor, ingredient, and packaging costs on this project were practical benefits for both breweries, but the true joy was in some much-needed human interaction. The fact that both of our breweries are effectively two-person production operations meant that we could more easily work together while maintaining safety protocols than might not have been possible with larger operations.”

“We at The Good Society have always held the belief that together is better,” says Nick Berger. “Whether it is our neighborhood or our brewing community, that concept is core to who we are. Over the past few years of startup and operations, Frank and Jeff at Counterbalance showed us, with their generosity in sharing their knowledge and experience, that they too believe in the strength of community. Long Way Round is a tangible reflection of that community. We hope everyone enjoys this beer, socially distanced of course, as much as we enjoyed brewing it.”

Long Way Round IPA will be released at The Good Society Brewery & Public House and Counterbalance Brewing Company’s taproom on Friday, August 7 on draft and in 16-oz can 4-packs. Limited stock of cans will be available for wholesale the following week direct from the breweries.