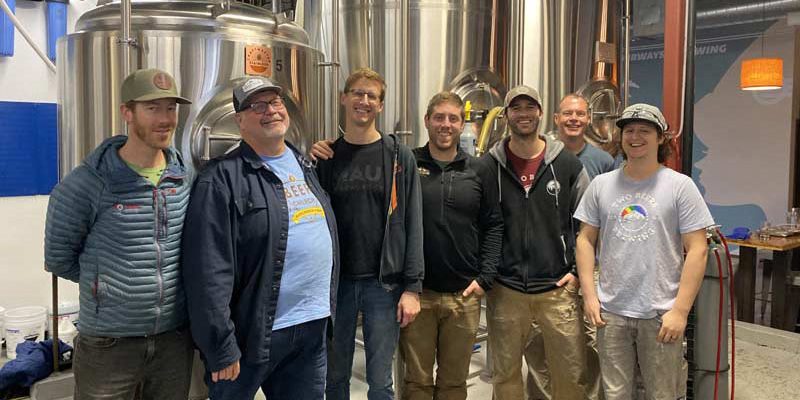 The beer has been released and is starting to show up at local pubs in the greater Seattle area. Kegs have been delivered to the following pubs and taprooms. Contact each to make sure it is on tap and then drink it knowing you are benefiting Northwest Harvest with every sip.

List will be updated as we learn of more locations.

Many regular, long-time readers of the Washington Beer Blog know that Kim and I also operate Beer Church, the philanthropic arm of our operation. In addition to hosting a big food drive and fundraiser every year, we also work with local breweries to produce a beer with a charitable mission. This year we release Beer Church IPA on Saturday, November 23rd. It will be available thereafter at select pubs around the Seattle area.  Proceeds from the sale of Beer Church IPA benefit Northwest Harvest. 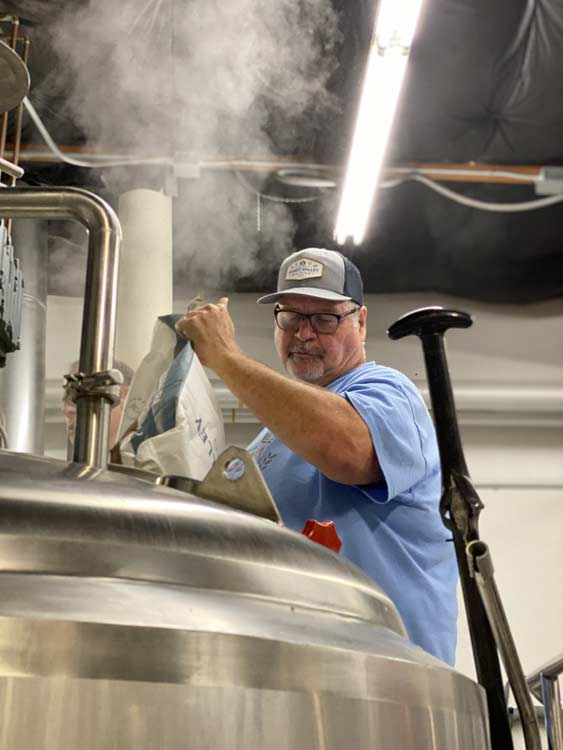 More details are available in the press release below, but I want to start out by extending our most sincere thanks to the breweries and suppliers that made it happen. The list of collaborating breweries, which contributed their time and talent, includes Georgetown Brewing, Two Beers Brewing, and Airways Brewing, which is where we brewed the beer. Ingredients for the beer—the malted barley and the hops—were generously donated by Skagit Valley Malting and Yakima Chief Hops. Because of these kind contributions, all proceeds will benefit Northwest Harvest.

Want to taste the beer? Keep an eye on the Beer Church page on Facebook, which we will update as the list of bars comes together.

To learn more about this project and this beer’s noble mission, please read on.

A Beer Brewed to Combat Hunger in Washington

Brewed using hops from the Yakima Valley and malted barley from the Skagit Valley, Beer Church IPA embodies the agricultural bounty of Washington as well as the collaborative spirit of the local beer industry.

“It speaks to the generous and collaborative nature of the local beer industry,” says Kendall Jones, Director of Beer Church. “This is the tenth consecutive year that Beer Church has collaborated with local breweries to produce a philanthropic beer. Because of the generosity of Skagit Valley Malting and Yakima Chief Hops, this year we are able to donate all proceeds from the sale of Beer Church IPA to Northwest Harvest. The time and talent donated by our partner breweries are also critical, of course, as is the public’s willingness to find and enjoy the beer.”

THE BEER: Beer Church IPA is deep yellow-gold in color and clocks in at 6.5 percent Alcohol by Volume. It was brewed using three varieties of malted barley from Skagit Valley Malting of Burlington and three varieties of hops from Yakima Chief Hops of Yakima. The grain bill included Copeland Pale, Copeland Pilsner, and Vienna malts. The hop bill included Citra, Azacca, and Loral hops.

THE RELEASE EVENT: The release of Beer Church IPA coincides with Beer Church Turkey Bowl, an annual bowling party and food drive at West Seattle Bowl. Now in its 21st year, Turkey Bowl sells out every year and sees the bowling alley packed with members of the local brewing industry as well as local beer lovers who want to support the cause. West Seattle Bowl is located at 4505 39th Ave SW, Seattle, WA 98116. The three-hour event starts at 5:30 P.M.

ABOUT BEER CHURCH: Kendall Jones and Kim Sharpe Jones, the folks who produce the Washington Beer Blog, operate Beer Church with the goal of uniting like-minded people (beer lovers) to benefit worthy causes. Over its 21-year history, Beer Church has worked to provide affordable, fun, and accessible ways for people to contribute to worthwhile causes, recognizing that many charitable events are not economically feasible for a lot of people. Beer Church events are not black-tie affairs attended by wealthy donors looking for tax relief; instead, the events provide a way for everyone to support the community in modest but meaningful ways.