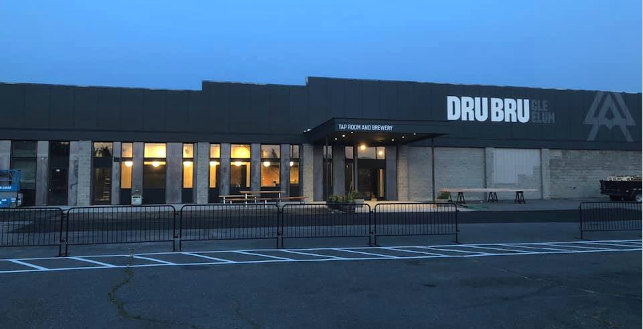 Earlier this year Taneum Creek Brewing opened a spacious taproom in downtown Cle Elum, Washington. Previously, the company operated a smaller taproom along the highway at the eastern edge of town. The other day, the company announced on Facebook that it was closing down the taproom and shifting focus to production and distribution.

“We are changing how we do things due to COVID-19,” said an announcement on Facebook. “We are going to focus on distribution and our website till a brighter time. As a result we will be closing out taproom September 27th.”

“We are not closing entirely and our beer will likely be available at more places than ever! This is an adaption to the times and not a forced closure. We are looking forward to more positive times and are excited to support our many friends at our local business and actually have a chance to have a beer with our friends instead of serving them.”

At just about the same time Taneum Creek announced its taproom closure, not far away, Dru Bru opened its second taproom a block off of the main drag in Cle Elum. Nothing changes at the Snoqualmie Pass location; it remains open. The new location is an all-ages taproom with an adjoining production warehouse.

The spacious three-acre lot gives the brewery plenty of room for outdoor opportunities. Big? Think, grocery store parking lot. The building is large too. Think, big like a grocery store. Eventually, this is where they will produce the bulk of the beer.

Moving the production facility to Cle Elum will alleviate a lot of headaches. For a production brewery, the location at a mountain pass has its advantages but also its challenges. Dru Bru imagines the location at Snoqualmie Pass being used as a secondary, smaller-batch, specialty brewery, with the taproom continuing to operate as it does now.

As they do at the Snoqualmie Pass taproom, Dru Bru is obeying and enforcing all of the state’s current COVID-19 guidelines. Don’t forget your mask, keep your distance, and limit your group size.