Update – March 12th – The bus has been canceled. Also, the Pipes and Drum corp will not perform.

The Ballard Brewery District celebrates St. Patrick’s Day as only it can

With the recent opening of two more breweries in Seattle’s Ballard neighborhood (Urban Family Brewing and Fair Isle Brewing), the official count rises once again. There are now 12 breweries within the cozy confines of the one square mile known as The Ballard Brewery District. Is there another neighborhood of this size anywhere in the USA with such a high density of breweries? If so, it’s news to me.

On Saturday, March 14th, The Ballard Brewery District celebrates St. Patrick’s Day, with the local breweries banding together for a St. Pat’s Parade O’ Pints. Part of the fun, Hale’s Ales will run its authentic, London-style, double-decker bus around the neighborhood, operating a hop-on-hop-off route (see the map below). The bus will run from 2:00 – 6:00. 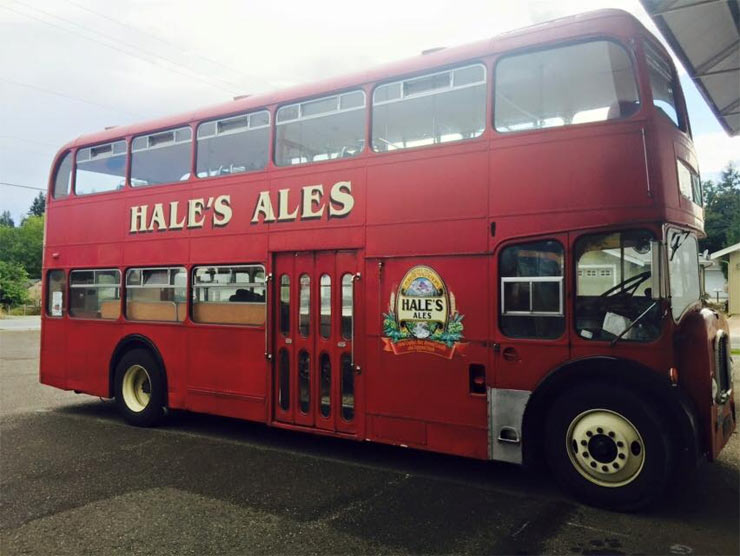 Guests interested in riding the bus can purchase a $5 bracelet from any of the breweries or onboard the bus (cash only). Proceeds will go to support Seattle Firefighters Pipes & Drums, a band dedicated to honoring fallen firefighters. Pipes & Drums is comprised of active and retired Seattle firefighters, and the band will be playing at different breweries throughout the event.

The bus will stop and go from the following five locations (see map below).