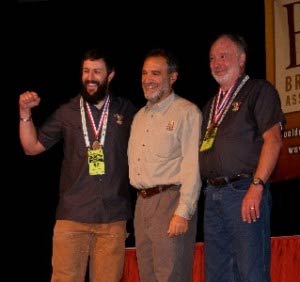 Some of you might be wondering why this is a big deal. Gary Fish, founder and CEO of Deschutes Brewing explains: “Charlie is one of the truly iconic figures in brewing today. He took a quirky notion and made it a movement. Homebrewing and small local breweries brought beer diversity back to the U.S. Charlie can take his fair share of credit for that. We are all in his debt.”

Papazian founded the American Homebrewers Association (1978), Institute for Brewing Studies, Brewers Publications, World Beer Cup, and Great American Beer Festival. He is founding publisher of Zymurgy, the leading magazine for homebrewers, and he’s the founding publisher of The New Brewer, the flagship journal for small and independent craft brewers. Papazian will continue to serve as a regular contributor for both publications.

One of his greatest accomplishments, Papazian wrote The Complete Joy of Homebrewing, which many people consider the “homebrewer’s bible.” The book was originally published in 1984 and has been reprinted 25 times. The fourth edition was released in 2014. (I bought my first copy in 1985 when I was a 20 year-old college student.)

Today there is an entire library of books about homebrewing, many of them penned by Papazian, but it hasn’t always been like that. When the hobby was brand new, and securing ingredients and equipment was a still a challenge, learning the basics about brewing wasn’t easy.  I started out by following super-vague instructions printed on the label of a can of John Bull malt extract. It didn’t go well.

The Complete Joy of Homebrewing provided guidance for brewers and would-be brewers, offering clear and simple instructions for, and explanations of, every part of the process. Perhaps the best advice Papazian offered burgeoning brewers, “Relax… Don’t worry… Have a homebrew.”

Moving forward, Papazian will remain an integral part of the Brewers Association and a leading figure for small and independent brewers, professional and amateur alike. He will continue to attend key Brewers Association and American Homebrewers Association events. He will also participate in other events in the U.S. and internationally, offering his perspectives on beer, brewing and its impact on social and business culture. Charlie is also compiling an archive from the 37 year collection of Brewers Association’s photographs and videos. He is also staging video interviews with craft brewing pioneers that will help capture and chronicle the emergence and continuing journey of craft beer and brewing. 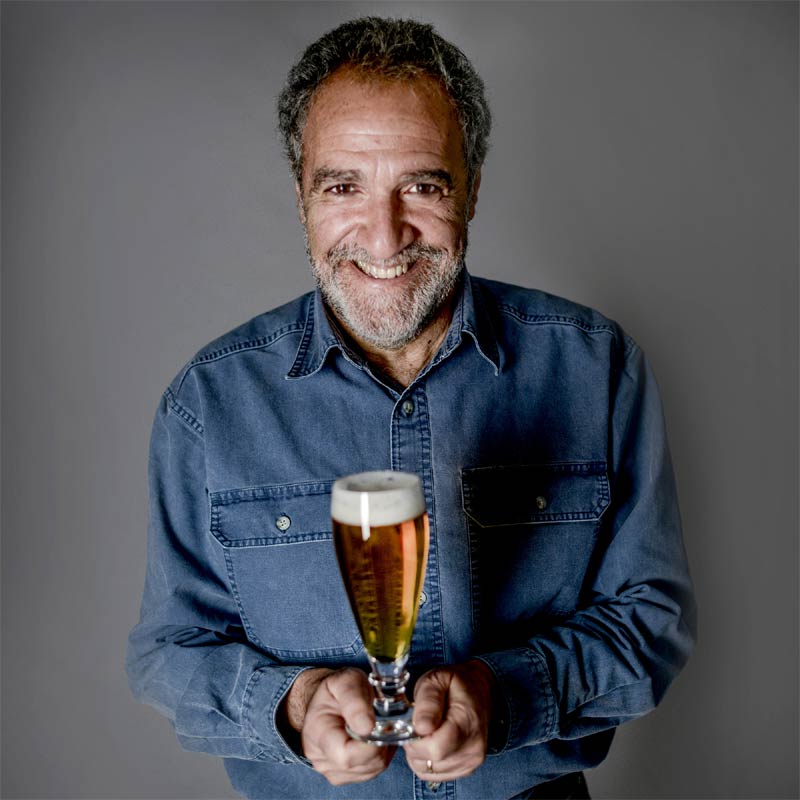 “I discovered craft homebrewing 45 years ago, and it obviously impacted my life. My 37 year journey as founding president has provided me a lifetime of fulfillment,” said Papazian. “Being part of an organization that serves to enhance the opportunities for professional and amateur craft brewers is especially rewarding. The hard work, dedication and long hours of past and current association staff and the community of brewers it has served has undoubtedly made the world a better place for every beer drinker.”

“The tens of thousands of individual stories chronicling the success and joy that craft beer has brought to our lives inspires me. Ultimately it’s the people and their communities who have been and continue to be involved with beer who make our current beer world so special. I look forward to continued opportunities that will enhance the world of beer.”

Humbly, Papazian shares credit for beer’s resurgence in American culture. “Ultimately it’s the people and their communities who have been and continue to be involved with beer who make our current beer world so special.”

Others are quicker to heap praise upon Papazian.

“The Brewers Association would not exist today without Charlie’s vision, guidance and determination,” said Bob Pease, CEO and now-president of the Brewers Association. “What was once a dream is now an association that lifts up homebrewers, brewers, retailers, distributors, suppliers and beer lovers. We are honored and excited to continue building upon his success.”