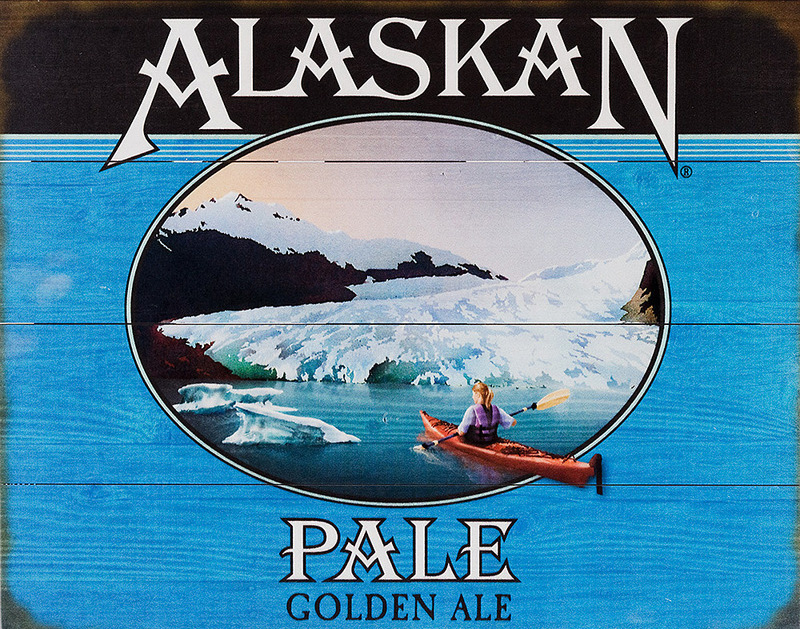 This is an interesting press release from Alaskan Brewing. Apparently hop availability is causing them to discontinue production of Alaskan Pale, one of the brewery’s regular, year-round beers.

Over on the Seattle Beer News, fellow blogger Geoff Kaiser also posted the press release and commented, “Personally, I’d much rather drink their new year-round Freeride APA… so I won’t miss their regular Pale too much.” That’s a good point. Of Alaskan Brewing’s beers, the Alaskan Pale has never been one of my favorites. Another interesting thing is the news that Alaskan Pale was brewed with U.S. Tettnanger hops. Who knew? Nothing wrong with Tettnanger hops, it’s a fine dual-purpose hop, just not a real common choice for a pale ale.

Here’s another comment. Alaskan Brewing Pale is a golden ale. Likewise, Alaskan Amber is an alt-style ale. Pale or Golden? Amber or Alt? Make up your mind. Reminds me of when Redhook re-branded Ballard Bitter as an IPA. I’m just kidding around. I don’t care what you call it, I just care that it’s good.

JUNEAU, Alaska (May 22, 2013) – Alaskan Brewing announced today that it will no longer offer its Alaskan Pale as a year-round release. The decision to cease production of this beloved beer was forced by the dwindling availability of the key hops required for the Golden Ale’s unique taste.

“The U.S. Tettnanger hops availability, consistency and quality had started to become an ongoing issue for the past several years,” said David Wilson, Quality Assurance Manager at Alaskan Brewing. “With most hop varieties we are able to order based on the characteristics we are looking for in the taste and aroma, but because so few farmers are growing this hop, we have had a hard time coming up with the consistency we need to brew Alaskan Pale year-round.”

Alaskan Pale is a Golden Ale, but in 1987 was called Pale to offer a contrast to the only other year-round brew Alaskan was producing at the time, Alaskan Amber. The Alaskan Pale has built a loyal following through the years, particularly in Alaska, and has won multiple awards for its unique and delicate flavor.

Alaskan Brewery distributors report that there is just about a month’s supply left of the Pale, so they recommend stocking up now. There is no direct replacement for the Pale planned in Alaskan’s product line, although the Brew Crew continues to experiment with all types of beers, including Golden Ales.

“We are always experimenting with different recipes, and we would love to find a similar flavor profile to the Alaskan Pale as many of us will miss this beer tremendously,” said Marcy Larson, brewery co-founder. “But we wanted to be honest in that without those specific hops, it will not be the same beer.”

Alaskan’s latest year-round release, the Freeride APA is a very different beer than the Pale, with a citrusy hop-forward flavor profile and the medium bitterness that characterize American pale ales. Finding any style of Alaskan Beer in your area is as easy as checking the Alaskan Brew Finder.