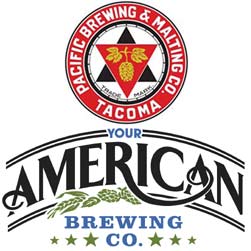 You will soon hear news of another brewery acquisition. This time involving two local Washington breweries. An announcement is expected Tuesday from American Brewing Company of Edmonds and Pacific Brewing and Malting of Tacoma.

American Brewing Company is different than most craft breweries. The company went public in August of 2014 when common shares were approved for listing on the Over-The-Counter Bulletin Board (OTCBB). As a publicly traded company, decisions about the company’s direction do not necessarily rest in the hands of an individual.

Earlier this year American Brewing acquired Búcha, a brand of organic sparkling kombucha drinks. The acquisition by Pacific Brewing does not involve American Brewing’s non-alcoholic beverages, which will now operate as a separate company.

According to Neil Fallon, the CEO of American Brewing, it had become increasingly difficult for the brewing company and the functional beverage company to operate under the same ownership. A functional beverage defined as a drink product that is non-alcoholic and includes in its formulation ingredients such as herbs, vitamins, minerals, amino acids or additional raw fruit or vegetables.

“We’re thrilled,” said Brent Hall, co-owner of Pacific Malting and Brewing. “I’ve known Neil for a long time, and I am familiar with American’s strong brands and history. This will accelerate our business plan by three or four years. It will allow us to move into a production facility immediately and increase capacity.”

For Pacific Brewing, the deal comes with many advantages, including existing distributor relationships and product positioning in the retail market, not to mention a larger brewery. The brewery in Edmonds will function as the production facility and the brewery in Tacoma will function as the pilot, small-batch brewery. American Brewing’s beers will still be branded as such. Likewise, Pacific Brewing’s beer will still be branded as such.

There will be no changes to the personnel at the two breweries. Adam Frantz will continue to work as the brewer at American Brewing in Edmonds. The plan is for the brewery taproom in Edmonds to remain open. Bethany Carlson will brew the beer at Pacific Brewing and Steve Navarro, the co-owner and head brewer at Pacific Brewing, will assume a supervisory role at both breweries as the Director of Operations.

Skip Madsen, the award-winning head brewer at American Brewing, parted ways with the company several months ago. He recently accepted a position with Enchanted Circle Brewing in New Mexico.

American Brewing will continue to produce the brands with which you are familiar at the brewery in Edmonds. Moving forward, that brewery will also produce Pacific Malting and Brewing beers.

Pacific Malting and Brewing will continue to operate in Tacoma.

Brent Hall says that capitol expansion is certain. This move allows them to immediately begin to grow both brands. So, two local breweries are now one. Pacific Brewing Company now owns and operates American Brewing.

Here is the official announcement from Pacific Brewing and Malting Company:

TACOMA, WA — Pacific Brewing & Malting Co, LLC, of Tacoma, Washington has announced that it has entered into a definitive agreement with American Brewing Company, of Edmonds, Washington to acquire its brewery and related business operations.  The consummation of the transaction is subject to typical and customary conditions to closing, including approval by the Washington State Liquor and Cannabis Board of PB&M’s application to assume American’s brewery license.

“We are excited about the opportunity to continue the tradition of innovation that American has started,” exclaims PB&M co-owner Brent Hall. “The addition of the American brand will complement our growth strategy and give us a larger presence in Washington craft beer.”

The respective breweries and taprooms will co-exist and grow together and the efficiencies created by merging certain aspects the two operations will be advantageous for both brands.

“We have been working towards expanding our brewing operations and our goal has always been to invest in a production brewery,” explains PB&M co-owner Steve Navarro. “This deal gives us the opportunity to increase our production capacity in the near term and bring our beers to a more diverse and widespread market.”

Neil Fallon, CEO of American Brewing Company, says this is the right move for his publicly traded company and is excited that the brewery will be in good hands.

“With our recent purchase of bùcha™ live kombucha, our focus has been shifted to functional beverages on a national level. It became clear that the demands of a publicly traded company were not well suited for a small local craft brewery. For example, investors living all over the country cannot buy our beer in their local markets. This hinders the growth of the stock and frustrates shareholders. We immediately recognized that moving the brewery out of the public company would benefit both the brewery itself and the remaining public company. It does so by allowing a long time business partner and friend to take the reins of the brewery and infuse new capital and attention to strengthen our already established local presence while allowing me to laser focus the public company in the health segment and better respond to shareholder desires.  We built this brewery from the ground up, and appreciate that it will continue to be operated by another local craft brewery that shares our values in producing award winning craft beers. “

Steve Navarro sums everything up perfectly.