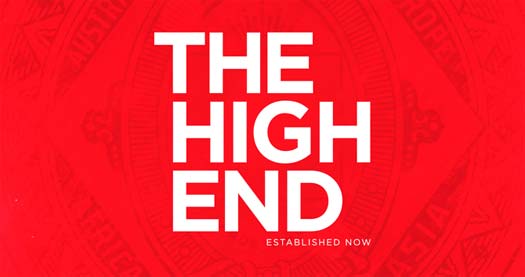 About three weeks ago we shared a report from the Beer Street Journal about big layoffs at Anheuser-Busch InBev. The carnage was confined to what the company calls its “high-end” business unit, which is responsible for the company’s faux craft products like Shock Top and Redbridge, international brands like Beck’s and Stella Artois, as well as the once-craft brewery brands that Anheuser-Busch acquired in recent years, like Elysian Brewing, 10 Barrel Brewing, Goose Island Brewing and others.

At the time, that was all we really knew. Beyond speculation, it was unknown if the layoffs were a sign that the beer behemoth’s foray into the world of craft beer was failing.

So What’s Going On?

Thanks to a report by The Motley Fool, we’ve learned more detail about what’s actually happening with Anheuser-Busch’s craft beer strategy.

Over the course of the last few years, Anheuser-Busch acquired 10 craft breweries. That seemed a key component in the company’s strategy for addressing the increasing popularity of craft beer. They wanted a piece of the action.

“Too much of a good thing can be, well, too much,” said Rich Duprey in his story for The Motley Fool.  “Anheuser-Busch InBev has been chugging down so many pint-sized craft breweries that it is giving itself a bad hangover from the binge, and now it’s fired 90% of its high-end craft beer salespeople.”

Apparently the layoffs affected 380 people working for the high end division’s sales force. The Motley Fool surmised that those sales jobs were deemed superfluous because each of the 10 breweries acquired by Anheuser-Busch already had its own sales force. That makes sense. Nobody knows how to sell Elysian’s beer better than Elysian’s own sales force.

As far as Anheuser-Busch’s future plans in the craft beer segment are concerned, The Motley Fool cited an interview by Forbes in which the high end division’s president stated that “A-B wasn’t going to be making further acquisitions in the space, but rather would grow its portfolio organically.”

No more acquisitions? Just a couple days ago Brewbound reported that A-B completed its acquisition of Virtue Cider, a Michigan-based cider producer. It’s cider and not beer, but who knows how much credence we can put into what they say.

Expanding the reach of local, regional brands into a larger markets (or even the national market) was part of the plan. It had to be. Otherwise, what’s the point of acquiring such brands? What might have presented a problem is that craft beer drinkers often love a brand because it is local or regional. A beer drinker in Seattle has no emotional connection with Four Peaks Brewing, a Phoenix brewery that Anheuser-Busch acquired in 2015. Likewise, a craft beer aficionado in Phoenix has no loyalty to Elysian Brewing, a Seattle brewery also acquired in 2015.

Other mega breweries have tried to buy their way into the craft market in the same manner. Apparently they are learning the same lesson. Constellation Brands, which paid a reported $1 billion for San Diego’s Ballast Point Brewing in 2015, just took an $87 million write-off (an impairment charge) on the declining value of the brewery’s trademarks.

According to The Motley Fool, Constellation Brands said that “it noticed some negative trends with the brand, as well as in the craft beer industry as a whole, and the $223 million carrying value of Ballast Point’s trademarks had to be written down to a new, lower fair market value of $136 million.”

I’m not sure what trends “in the craft beer industry as a whole” they are talking about. A recent report from the Brewers Association, the not-for-profit organization representing America’s small and independent breweries, showed that craft breweries contributed nearly $68 billion to the nation’s economy last year, a number that grows each year. No doubt there are segments of the industry and individual breweries struggling to find their footing, and there has been plenty of restructuring and reorganizing, but the industry as a whole seems to be stable at the very least. If the mega breweries are not succeeding in the craft realm there must be a reason.

Maybe they aren’t interested in buying more craft breweries, but that doesn’t mean Anheuser-Busch is done meddling in the world of craft beer. If nothing else, the company intends to continue a strategy that it started in June of 2016 when it opened a Goose Island brewpub at the Hard Rock Hotel and Casino in Las Vegas. Later that year they opened the Goose Island Vintage Ale House in London.

“Anheuser-Busch isn’t giving up on craft beer — that’s for certain,” said Rich Duprey in his report. “In [an] interview with Forbes, the president of its high-end division pointed to its opening a Latin-themed craft beer brand and brewpub in Miami called Veza Sur. The brewpub is a joint effort between A-B’s 10 Barrel Brewing, which it bought in 2014, and Bogota Beer, a Colombian brewer that A-B acquired when it bought SABMiller, which at the time owned 99% of the Colombian beer market.”

“Because the brewpub won’t be immediately recognizable as being owned by Anheuser-Busch, it will serve to further confuse the difference between true craft beer and mass craft, and amounts to an attempt to further ameliorate concerns about the acquisitiveness of mass brewers.”

Aside: Anheuser-Busch owns 32 percent of Craft Brew Alliance, the publicly traded company that is the parent company of Redhook Ale Brewery. As the major shareholder, A-B also has a couple of important seats on the company’s board of directors. Last month, Redhook opened a new brewpub in Seattle, the Redhook Brewlab. Probably just a coincidence.

It sounds like Anheuser-Busch has determined that acquiring craft breweries and trying to grow them into national brands is not a good strategy, but deceiving consumers into thinking they’re drinking beer from a smaller, less monolithic company is a better approach.

Deception might be the wrong word and it is probably more accurate to say they are minimizing the visibility of the corporate ties. They are planning to dress their beers in khakis and polo shirts instead of pinstripe suits and wingtip shoes. It’s business-casual beer, not corporate beer. It still isn’t craft beer.

The Taste of Authenticity

If you gravitate towards beers from smaller, independent breweries—the kind of breweries that Elysian, 10 Barrel, and Goose Island used to be—none of this should come as a surprise. Likely, one of the things you appreciate about craft beer is its authenticity. When done well, craft beer is a beautiful balancing act; it’s a business but also an art. Decisions about the beers are made by brewers and owners, not a board of directors or a senior VP of marketing. Whether you recognize its flavor or not, private ownership is a key ingredient in most of the beers you love.

It seems that craft beer drinkers cannot be bought. When Goose Island Brewing announced that it was hosting a big party at “our hop farm in Idaho” beer lovers knew exactly what that meant. Goose Island doesn’t have its own hop farm in Idaho. Anheuser-Busch does. Craft beer consumers aren’t stupid. And when Goose Island announced that Wilco was providing the musical entertainment, everyone knew who signed the check. Same thing when 10 Barrel Brewing celebrated its 10 year anniversary with a party featuring the styling’s of 80s hip hop legends De La Soul.

Such stunts incite resentment among craft beer fans who know that real craft breweries exist on shoestring budgets and can’t afford such antics. It’s better to not have a party at all.

Back in the 1980s, craft beer was born out of rebellion and stood in opposition to the big beer companies. The industry has changed over the past 30-odd years, but the reason people drink craft beer has not. They like where it comes from as much as they like how it tastes. The reason doesn’t matter, but it’s a fact that craft beer drinkers don’t like to fill the coffers of international conglomerates with billion dollar ad budgets.

The New Brewer, the magazine published by the Brewers Association, just showed up in the mail. The cover story is about the increasing popularity of small, local brewery taprooms. Also, National Public Radio just ran a story about the same topic.

Your small, local brewery is enjoying enormous success at its modest, little taproom. That is the kind of authentic, pint-sized beer drinking experience driving the craft brewing industry’s success.

The real problem for these huge, corporate mega breweries is that they are trying to buy something that’s not for sale. Craft beer is something that, by definition, they cannot do. The moment they acquire a brewery it immediately loses the independence and authenticity that defines a craft brewery.

Anheuser-Busch does some things very well, but this aint one of ‘em. They’d be well served to stick to their core competency: making affordable beer for the less-discerning masses and selling it with slick, expensive television commercials.