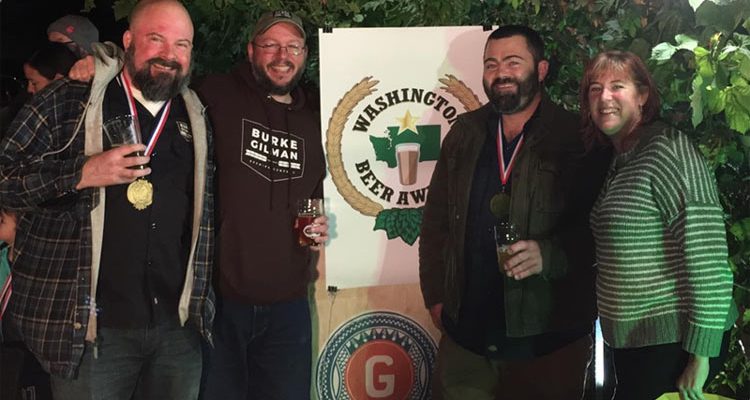 On Thursday, October 10th, at The Growler Guys in Seattle, Specialty Competitions LLC announced the winners of the first-ever Washington Beer Awards Fresh Hop Competition. Think of this as a supplement to the annual Washington Beer Awards, a larger statewide competition conducted by the same organization each spring. (Above: the crew from Burke-Gilman Brewing celebrates their win.)

In all, 70 breweries submitted 139 beers for evaluation by a panel of trained judges, who tasted and scored the beers blindly in accordance with accepted beer-judging methodologies. Awards were handed out in eight category groupings. The goal was to find beers that exhibited “excellent fresh hop character integrated into a well-brewed base beer.” Fresh hop beer is defined as those brewed using fresh, unprocessed hops. By definition, the beers are only brewed during the hop harvest, which happens once a year—August through September, roughly.