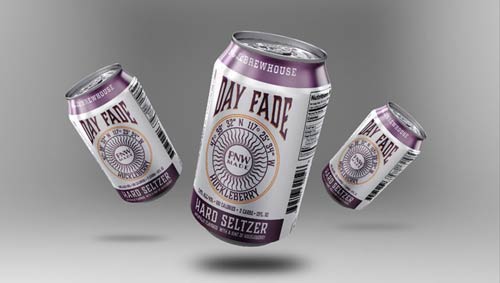 In the past seven moths I have reported on two local breweries that have expanded into the realm of hard seltzer. In May I shared news that that the folks who operate Two Beers Brewing and Seattle Cider Company were introducing Sound Seltzer, and then in June I reported that Schooner Brewing had partnered with San Juan Seltzer to produce that product.

I took some heat for those stories because seltzer is definitely not beer; however, I defend myself by pointing out that producing hard seltzer is something that happens in a brewhouse. The news relates directly to beer because it is, if nothing else, adding an new revenue stream for breweries. We all want our breweries to be healthy and profitable, right? So, in the ever-crowded world of beer, if this helps breweries fortify their bottom lines, it’s all good by me.

Today I share news that No-Li Brewhouse of Spokane is going to introduce its own hard seltzer in March 2019. The company says that Day Fade Huckleberry Hard Seltzer is, in part, a response to customer demand for a locally produced seltzer. A limited amount of Day Fade will be available in January, with a wider release in March.

Here is the announcement straight from the brewery.

Day Fade hard seltzer is a culmination of an idea born from the people of the Pacific Northwest.  Our community asked for a home town, home state hand crafted hard seltzer, so we began the journey to build something you all asked us for.

We began researching a hard seltzer recipe after countless customer requests for a locally Washington made hard seltzer.  We wanted to do it right here in Spokane, USA with home town and Pacific NW favorite; huckleberry.

Day Fade is the relaxing time between daylight and evening; 100 calorie, 2 carb and 5% alc/vol beverage to ease into your time.

We will be releasing Day Fade Huckleberry Hard Seltzer on a limited run in January, with a full release in March 2019.

We can’t wait for you to try this new product as we continually try to bring the best products to our community.