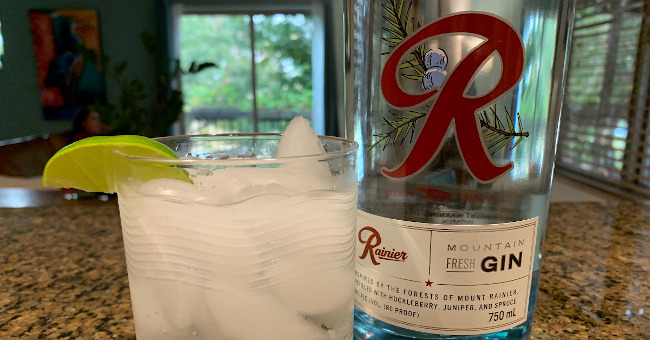 No, I am not expanding my horizons to regularly offer coverage of the local distilled spirits scene. That’s not a bad idea and I admit that it has crossed my mind more than once, but I have resisted the urge because I still have some tiny shred of respect for my liver. This is a story that takes place at the intersection of Washington beer and locally distilled spirits, so here we go.

Not long ago I shared news about one of Washington’s most iconic and historic beer brands finding new life as a distilled product. Olympia Vodka is a new product haling from a distillery in Tumwater, the historic home of Olympia Beer. Now I share news of Rainier Beer, Washington’s other historic beer brand, introducing its Mountain Fresh Gin. Though specific details were not revealed, Rainier Mountain Fresh Gin is “crafted in small batches in Seattle,” the historic home of Rainier Beer. 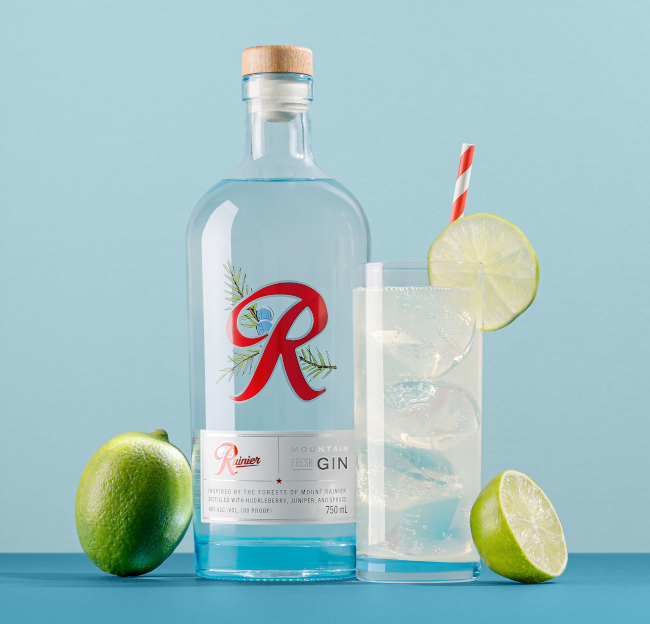 It should be noted that both Olympia Beer and Rainier Beer are now owned by Pabst and neither are brewed locally. I freely disclose that Pabst sent me free samples of both the vodka and the gin, but that’s not my motivation for writing this, and I’m under no obligation to do so. (A lot of people send me free samples of things you never read about here.) There was no other compensation, I just think it’s rather novel that two beer brands so widely identified with Washington are now lending their legendary brands to distilled spirits.

The tag line suggests that Rainier Mountain Fresh Gin was “inspired by the forests of Mount Rainier.” I’ll buy that. Maybe it’s the power of suggestion, but I get a lot of spruce character in this gin, and I like it. I have always appreciated the artful, generous use of spruce in beer, so why not in my gin? One of the very first IPAs I ever brewed included freshly picked spruce tips. Anyway, I am impressed by how forest-like this gin tastes and smells.

I drank my Rainier Mountain Fresh Gin two ways. First, I made a classic gin and tonic, mixing the gin with Fever-Tree Tonic Water and a lime twist. Admittedly, Fever-Tree helps any gin taste its best and sometimes steals the show, but I could get plenty of that forest character coming through. Less juniper character than spruce, though I couldn’t really find the huckleberry character, to be honest. I didn’t miss it. The cocktail was delicious, refreshing, and I cannot escape the forest character.

Next, I made a simple Gin Rickey. This drink was fabulous, though I cannot put my finger on exactly what about the gin worked so well in this simple cocktail. Other than balancing the lime’s acidic sweetness, it essentially disappeared. I’m looking forward to more of these. 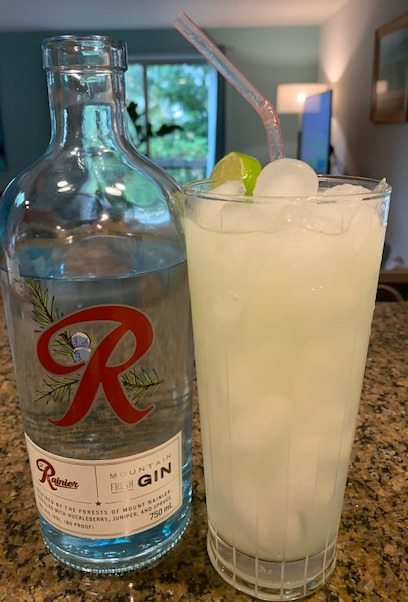 Here’s a little bit of beer history for you. During Prohibition, a number of the bigger breweries in the country created sodas to help them endure the ravages of Prohibition. Rainier Beer was one such company, producing Rainier Lime Rickey, “a healthy mixer.” Whatever kind of hooch a person might come across, this lime soda was designed to help it go down easy. 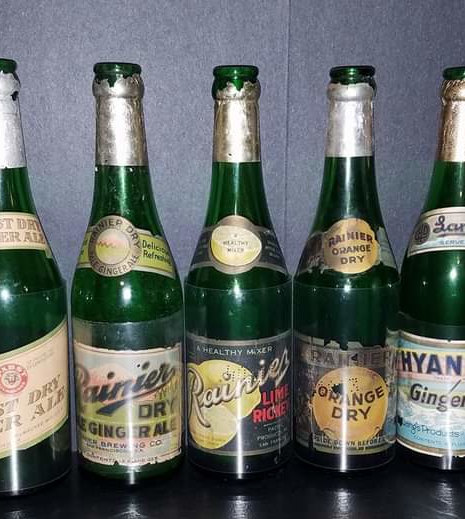 Here is the official press release

Distilled In Seattle, Inspired By The Forests Of Mount Rainier

Rainier Brewing Company was born in 1878, and has been synonymous with Seattle since before Washington was even a state. After 140 years of brewing beer, blazing trails and tracking the mythic Wild Rainiers, Rainier will launch Rainier Mountain Fresh Gin this September. It’s Rainier’s first non-beer innovation since the Lime Rickey, a prohibition era created lime soda, designed to mix with whatever adventurous drinkers could source.

Naturally for a brewing company that has spent more than a century extolling and enjoying the virtue of the great outdoors, while telling a few tall stories around a campfire or two, Rainier Mountain Fresh Gin had to be a true Northwest-style spirit. Crafted in small batches in Seattle, it’s inspired by the forests of Mount Rainier, crystal clear and distilled with huckleberry, spruce and juniper, all of which can be found in the lush forests at the mountain’s base.

While not everyone can summit Mount Rainier or even sight one of the famed Wild Rainiers, the call of the wild and nature’s beauty and bounty are universal. So when you’re needing some refreshment after an afternoon spent dock jumping, hunting for sasquatch or just getting lost in the woods, Rainier can be counted on to serve up a delicious taste of the outdoors.

Rainier Mountain Fresh Gin is 80 proof and 40% ABV, it’s available in 750 ml bottles throughout Washington this September, and coming shortly to Oregon. Consumers can order directly through Drizly. This Fall enjoy it as a Rainier Rickey, with just a squeeze of fresh lime, topped with club soda, and served on the rocks.

About Rainier
Rainier was born in Seattle in 1878 before the state of Washington was even a state. Our founder, Andrew Hemrich, was a first-generation German from a long line of brew masters. Following in his father’s footsteps, he built the Seattle Brewing & Malting Company. Today we know it as the Rainier Brewing Company, named after the majestic mountain overlooking Andrew Hemrich’s new hometown. To this day, Rainier and its red ‘R’ continue to be a symbol of home and happiness for millions living the Pacific Northwest lifestyle. Rainier Beer is owned by Pabst Brewing Company, one of the largest independently owned American brewing companies. For more information on Rainier, please visit www.rainierbeer.com or follow us on socials @rainier_beer.