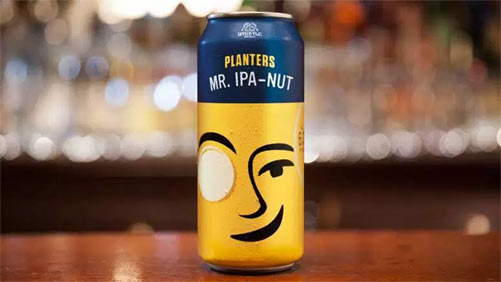 Yesterday I posted a story about three new collaboration beers from Urban Family Brewing. One was a collaboration with another brewery (Fieldwork Brewing), the other two were collabs with non-brewery partners. In Urban Family’s case, a coffee roaster and a fruit grower. But can these kinds of collaborations go too far? Well, according to the universal law of inevitable excess, yes. Have they gone too far? Maybe.

In the end, the whole point of a collaborative brewing effort is to make a tasty beer. Such beers foster a sense of kinship and cooperation, like Urban Family making a beer with a farm it relies on for the often-uncommon fruit it uses in many of its beers, and making another beer with a local coffee roaster because, well, people make coffee beers. That’s a thing.

When the proverbial barrel goes over the waterfall, a collaboration beer is nothing but a marketing ploy. In the world of craft beer, the beer is all that really matters. That’s an important part of the ethos that sets craft beer apart from mainstream beer. Marketability is only valuable when the beer is actually good. It is not a freestanding virtue. The giant beer corporations may think of marketability and media appeal as essential ingredients in beer, but craft brewers generally do not, though there are always exceptions.

I do not begrudge a brewery for taking advantage of an opportunity to get paid by a big corporation for embarking on some sort of far-fetched collaborative partnerships. I don’t mind seeing a craft brewery benefit from the massive marketing budgets such corporations boast. In some ways, I suppose it’s kind of cool. For all I know, the beers I mention below are very tasty. In the end, I take comfort in knowing that most craft breweries care very much about the quality of the beer regardless of everything else.

Craft beer continues to grow in popularity in part because of the aforementioned commitment to quality and authenticity. If the sales numbers do not prove it, then the “cool factor” does. Let’s face it, if a big, nationally recognized but somewhat passe product like Planters Peanuts wants to look cool, getting involved in craft beer is one way to do it. So I guess I don’t begrudge the non-beer players in these partnerships either. Can you blame them? These kinds of products would never get mentioned on the mighty Washington Beer Blog otherwise.

I’m curious what other craft beer consumers think. Does a brewery risk its reputation when it gets involved with the likes of Planters Peanuts, IHOP, or Dunkin Donuts? In order to gain your respect, must a craft brewery avoid any kind of relationship with any kind of big corporate entity? Ultimately, doesn’t it come down to the quality of the beer, or do you considered it a “sell out” even if the beer is tasty?

When we talk about a brewery partnering with, or succumbing to, one of the big beer corporations, that’s a different thing altogether. Many argue that the beer behemoths are actively working to undermine the craft beer industry and there’s is something inherently evil about helping them do it. I don’t see how Dunkin Donuts has a horse in that race, they just want to hang out with the cool kids.

I know there are others, but here are three examples of craft-plus-corporate beer collaborations, all of which I’ve learned about in recent weeks:

Obviously, these are all very gimmicky beers, but if a brewery can make a little coin or get some free, widespread media attention, why shouldn’t it? Gimmicky yes, but none of these beers fall outside the realm of possibility. I can easily imagine a brewery making a peanut-infused IPA without the involvement of a huge corporation like Kraft-Heinz, but if Noon Whistle Brewing had done that, it would have been like a tree falling in the forest with nobody there to hear it.

What do you think? Is this a good thing or a bad thing? If it helps a brewery like Noon Whistle, Keegan, Catawaba, or Harpoon boost the bottom line and continue making great beer, is it a problem?