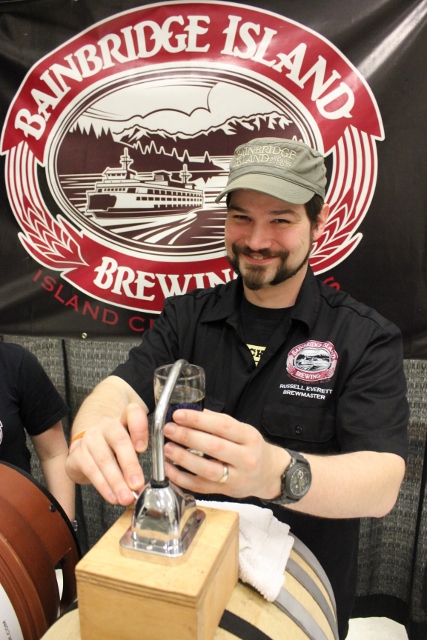 Yesterday’s event was another raging success. It’s what we’ve come to expect from the Washington Cask Beer Festival. Many local beer geeks consider this to be the premier beer event of the year. If you love cask-conditioned beer, there is simply nothing else like Cask Fest. We have the People’s Choice  winners as well as a photo gallery below. Although it was a bit painful to climb into the bunker (Seattle Center’s Exhibition Hall) on such a glorious Seattle day, we enjoyed the first session. Too many great beers to try them all. I’ll just say that some of my favorites were the Red Hook Do Svidaniya, Silver City Whoop Pass IPA, Snipes Mountain Herbert’s Legendary Cask Fest Ale (read about it), and the Rainy Daze Brewing Dry-Hopped Rye. But, there were so many beers I didn’t even have a chance to try, I kind of feel bad for calling out favorites.

Here are the photos:

Local beer industry forges ahead beneath the shadow of COVID-19
Attention Breweries: Rules for Delivering Product Direct to Consumers
Steam Donkey Brewing steps up for the All Together project