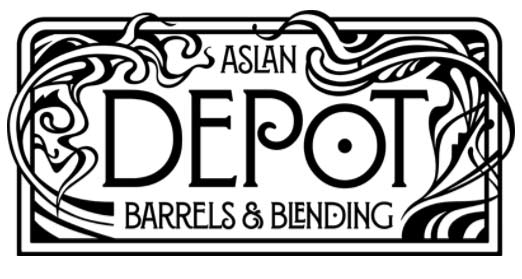 Aslan hits the road to mark the one-year anniversary of Aslan Depot: Barrels and Blending

It was almost one year ago that Aslan Brewing opened its second location, which it dubbed Aslan Depot: Barrels and Blending. That event marked the launch of the company’s efforts, in earnest, to develop a barrel program. (Read our previous story.) As the first anniversary nears, Aslan Brewing is hitting the road with a series of events to showcase what they’ve been working on at Aslan Depot: Barrels and Blending, with stops in Portland and Seattle before two events in Bellingham. Folks in Seattle will want to pay particular attention to the brewers dinner at The Masonry Queen Anne on January 23rd.

“Over the past year we’ve been able to release 10 different projects from our barrel program and are honored to share them with you all,” says Boe Trosset of Aslan Brewing. “We’re excited to announce our 2018 Barrel Project Retrospective!”

Keep an eye on the Aslan Depot Facebook page for more details as the events near. Each event will feature a different presentation and lineup.

Thursday, January 17 – Apex, Portland, OR – The event at Apex will be non-ticketed, open to the public, featuring projects previously unavailable in the Portland area.

Wednesday, January 23 – The Masonry, Seattle – A ticketed brewers dinner at The Masonry (Queen Anne), featuring a curated tap list and a presentation from the Aslan team. Contact [email protected] themasonryseattle.com for ticket information and to reserve a spot.

Saturday, January 26 – The Depot, Bellingham – The tour concludes with the Aslan Depot One Year Anniversary celebration. The event will feature three new bottle releases, limited edition glassware, music, and food. It is a non-ticketed event, open to the public.