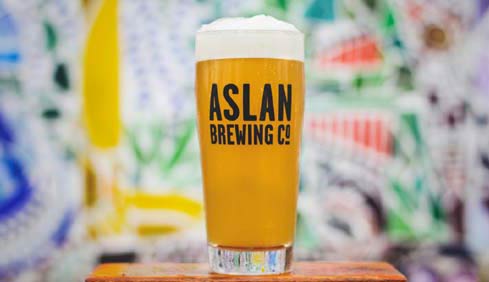 Aslan Brewing Company of Bellingham, WA just announced plans to open its third location. The new Aslan taproom is slated to open in Seattle’s Fremont neighborhood in the summer of this year, giving Seattle beer lovers easier access to a wider array of the company’s beers.

The original brewery and pub opened in 2013. The second location, a block away in downtown Bellingham, opened just about one year ago in January of 2018. Dubbed, the Aslan Depot, the second location serves as a taproom and barrel house, where the brewery works on some of its more adventurous creations (see our recent story about that).

“We’ve been looking for a spot in Seattle for a couple years now, and couldn’t be happier finding a home in Fremont,” says Jack Lamb, CEO of Aslan Brewing Company. “Expansion can be a scary thing, but we are confident this is more a step toward quality than anything else. The more we can be in control of how our beer is being presented and showcase our passions first-hand, the better represented Aslan will be. This will ultimately improve the average beer drinker’s experience and ensure the quality beer we make is still quality when it is consumed.”

As more and more breweries open locally and nationwide, a satellite taproom, even if it is not directly attached to the brewery, provides an increasingly valuable and important retail opportunity for a brewery. There is a cost advantage to selling beer directly to customers at retail prices. Also, the increasingly competitive battle for tap handles at pubs, and for shelf space at area grocery stores, is a growing burden for many breweries. Furthermore, when a brewery serves its own beer, it has complete control over the quality, which is of paramount importance when trying the hearts of beer fans.

“We do not need to make more beer in order to accommodate this new location,” says Lamb. “In fact, we have been pulling in the reigns on distribution in order to prepare for more direct beer sales, again, for the preservation of quality. We are happy with our current production volumes and intend to keep our reach within the Pacific Northwest.”

“Bellingham will always be where Aslan calls home, but the genuine support that we have received from the Seattle community over the years has made Fremont a clear stepping stone for us to be able to better share our beer. As a Seattle native, I know there is still a rich culture underneath all this crazy growth the city has seen, and we intend to help preserve the weird that still remains.”

Lamb also notes that a presence in Seattle will help the company better connect with, and get involved with, the local community. “What this does is expand our opportunity for more community-based involvement. Having an outpost in Seattle will bolster our ability to directly connect with a more diverse group of nonprofits and local organizations in need, further solidifying our triple bottom line business structure. With every extra dollar we make from this expansion, more money will go back into the community, into the preservation of our environment, and into our workforce.” 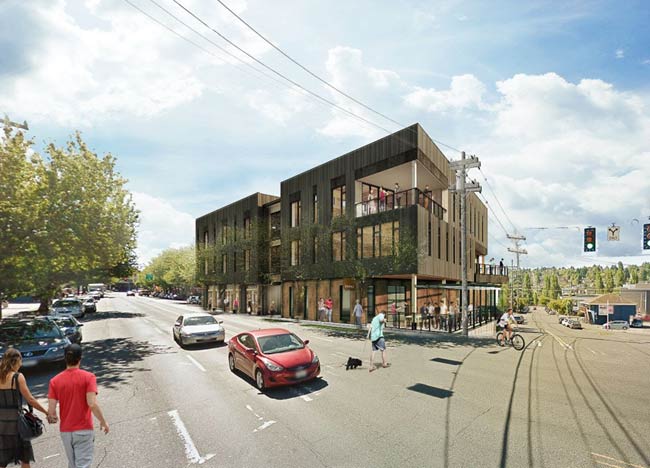 Aslan Brewing will not be alone in the new building at the corner of 36th and Phinney, which they will share with Revel, a popular local restaurant. The location is right around the corner from Brouwer’s Cafe, a familiar beer destination for local beer lovers.