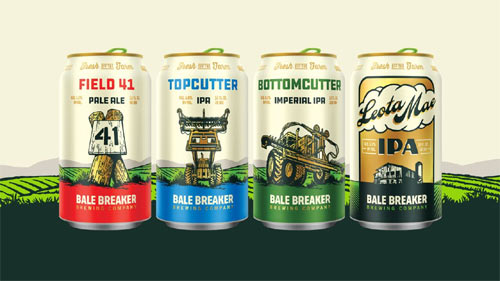 Hard to believe it’s been more than five years since Bale Breaker Brewing started gifting the world with its delicious, usually hop-forward beers. The brewery built on a hop farm now introduces its first rebranding initiative since opening.

The company celebrates the release of the new cans with a party at the brewery today (November 21st) from noon – 9:00. At the event, they’ll have Topcutter IPA in 12-packs ready for purchase, along with 6-packs of their other core products. They’ll also have merchandise featuring the new branding. 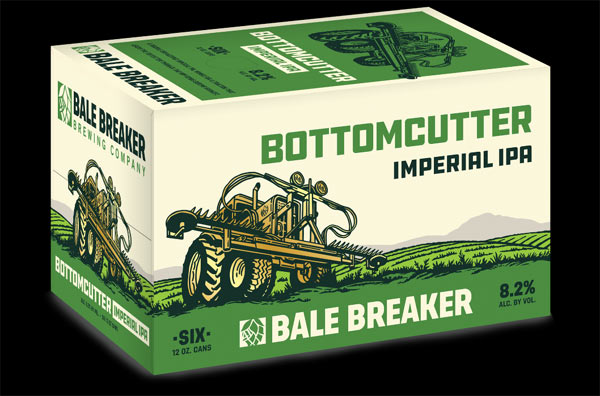 Design work for the rebrand was performed by Blindtiger Design, with new can designs for three of the four core beers, including Topcutter IPA, Field 41 Pale Ale, and Bottomcutter IIPA. Leota Mae IPA will feature minor updates to ensure consistency in the rebrand. One goal was to reflect the unique nature of the brewery, which is literally located on a hop farm. The company uses at least some estate-grown hops in every beer.

Bale Breaker Brewing says that this change was long overdue and is part of an effort to make the brand feel aligned with its major growth over the past five years. It is now the fifth largest independent craft brewery in Washington state.