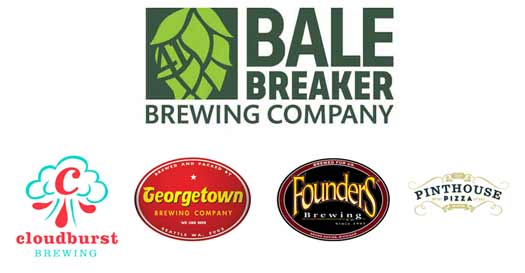 By now I think most in-the-know beer enthusiasts are aware that Bale Breaker Brewing is located just outside of Yakima surrounded by hop fields.

Every year during hop harvest (August and September) thousands of brewers and brewery personnel make their way to the Yakima Valley to tour the fields, witness the hop harvest, and make informed decisions about the year’s hop purchases. In the biz, it’s known as hop selection. Since so many great brewers will be in the neighborhood, Bale Breaker Brewing decided to brew collaboratively with some breweries from across the nation and around the region.

Bale Breaker Brewing is calling it the Harvest Collaboration Series and it will see four different beers brewed with four different breweries, with release dates from late August through early October.  All of these collaboration beers will be draft-only and available wherever Bale Breaker’s beers are distributed in Washington and Northern Idaho.