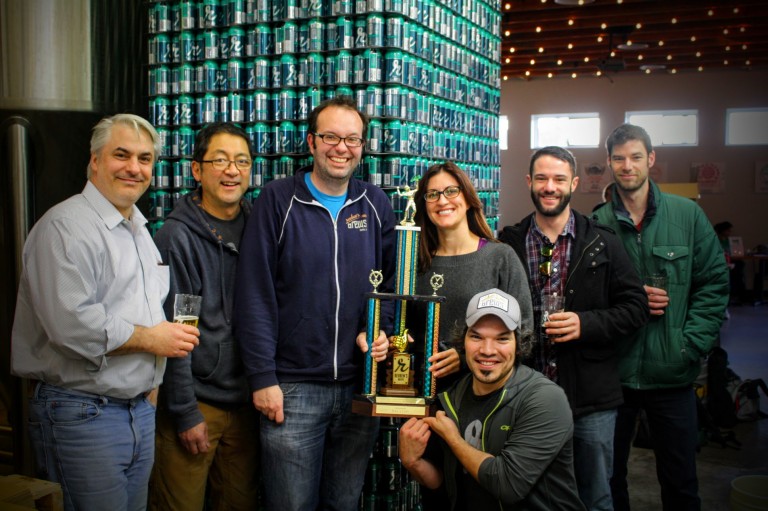 In January we told you about the first-ever Ballard Beer Awards at Ray’s Cafe (read that story). Over the course of four weeks, five of Ballard’s breweries visited Ray’s for special tasting events. Guests at those events eventually voted for their favorite brewery. The breweries involved included Reuben’s Brews, Stoup Brewing, Lucky Envelope Brewing, Maritime Pacific Brewing, and Hillard’s Beer.

In the end, Reuben’s Brews received the most votes and was crowned the champion. To celebrate, Ray’s Cafe will host a Ballard Beer Awards Dinner on Saturday, March 5th. Make your reservations now; beer dinners at Ray’s usually sell out. See the menu and details below.

At the event, they’ll also debut Reuben’s first canned beer. Cans of Reuben’s Gose will be served at the reception.

Seating is limited and by reservation only. Reserve you spot today by calling 206-782-0094 or emailing [email protected] The cost is $65 per person and includes gratuity and tax. Unlike other beer dinners at Ray’s, this one features just one seating: dinner begins at 6:00 pm for all guests.