SEATTLE — What better way to launch the holiday season than with local Ballard breweries and ten tastes of winter brews at the Ballard Brewed Winter Beer Festival at Hales Palladium! And even better, all proceeds go to benefit Bellwether Housing, Seattle’s largest nonprofit provider of affordable housing. 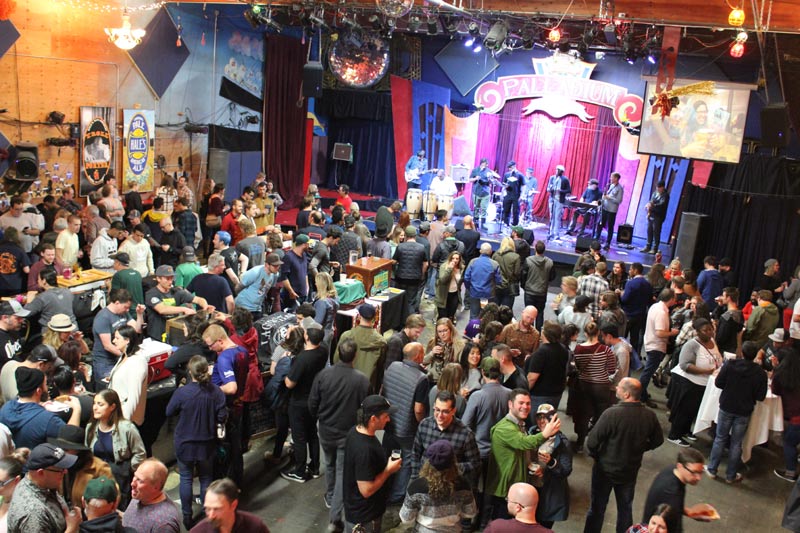 There will be two sessions for this event to accommodate demand.

Session one will run from 2 – 4:30 PM and feature music by Ranger and the Re-Arrangers.

Session two will run from 5 – 7:30 PM and feature music by Pickled Okra.

Food will be available for purchase at both sessions from Frelard Tamales.

“We are so thankful to the Ballard Brewery District,” says Amy Besunder, Director of Fund Development and Communications, Bellwether Housing. “To date, they have raised over $30,000 through events to support affordable housing in the Seattle area. We are happy to have their partnership in this critical effort.” 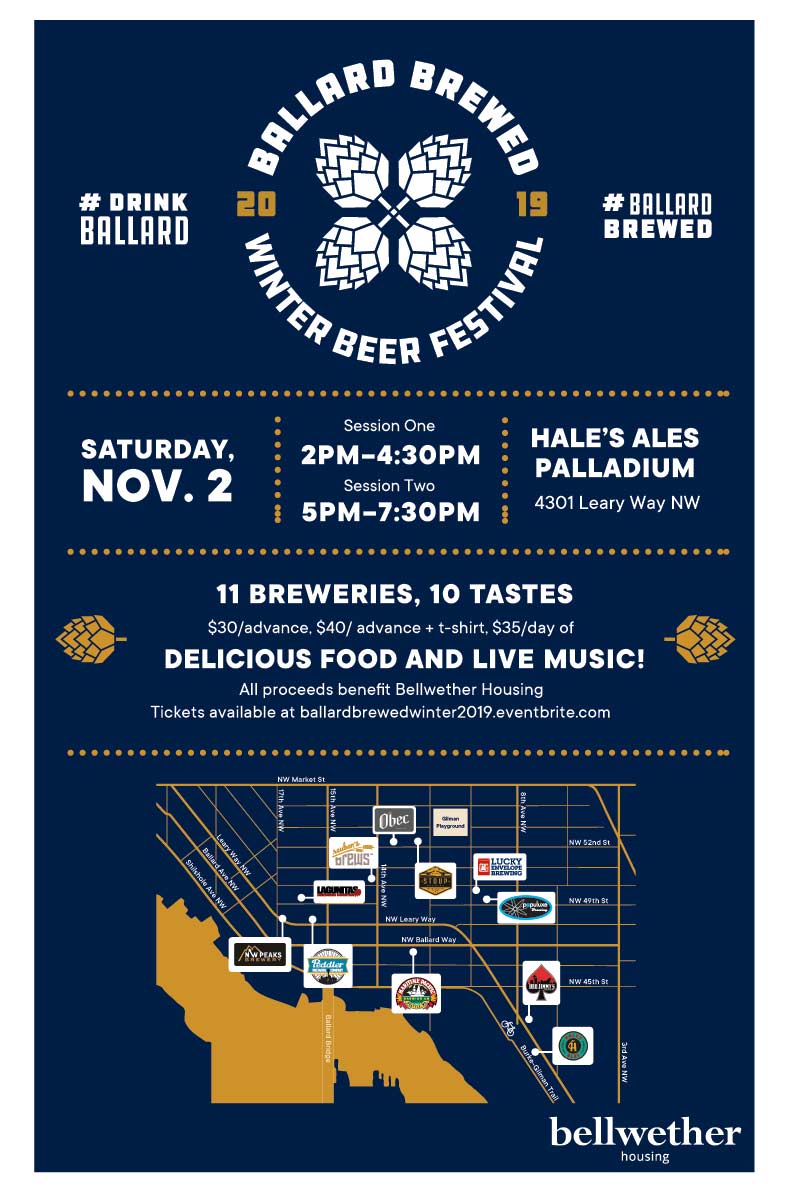 Bellwether Housing builds and manages affordable housing that makes opportunity accessible to people of diverse backgrounds. We envision communities where people of all incomes and backgrounds share in the opportunity and prosperity of our region.  Bellwether has developed, owned and operated housing for low-income individuals, families, seniors and households transitioning out of homelessness since 1980 –in total, 2,100 units in 32 buildings throughout Seattle serving 3200 people.