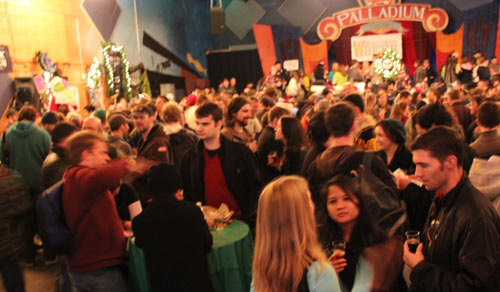 Few neighborhoods in the world boast so many breweries as Ballard. A neighborhood beer festival featuring nothing but beers brewed within the confines of Ballard is nothing to sneeze at. The Ballard-Brewed Winter Beer Festival takes place at Hale’s Palladium (Sat. Nov. 3rd, 2:00 – 7:00 PM) featuring beers from 11 local breweries, all located within the confines of what the City of Seattle defines as Ballard*. The event is a benefit for Bellwether Housing.

In addition to delicious beer there will be live music by the Gus Clark Trio at 2:30 PM and Planet Fly at 4:30 PM. Food will be available for purchase from So So Good Food Truck and Big Mario’s Pizza.

The event is a benefit for Bellwether Housing, which builds and manages affordable housing, an issue that everyone around Seattle understands. “We recognize that there is a great need for affordable housing in Seattle,” explained Mike Hale, owner/founder of Hale’s Ales Brewery. “We know it will take resources to solve this problem, so we are coming together and doing what we do best to raise funds to build more homes for low-income families while having a fun and festive event.”

“Bellwether Housing is honored to be selected as the beneficiary of this jovial community event,” says Susan Boyd, Bellwether Housing CEO. “We’ll raise our glasses while raising money for affordable homes. It’s a win/win!”

Bellwether Housing builds and manages affordable housing that makes opportunity accessible to people of diverse backgrounds. We envision communities where people of all incomes and backgrounds share in the opportunity and prosperity of our region. Bellwether has developed, owned and operated housing for low-income individuals, families, seniors and households transitioning out of homelessness since 1980 –in total, 2,100 units in 32 buildings throughout Seattle serving 3200 people.

* Because I know people love to argue about this, here is a map showing the City of Seattle’s definition of Ballard. You are welcome to define your own boundaries. 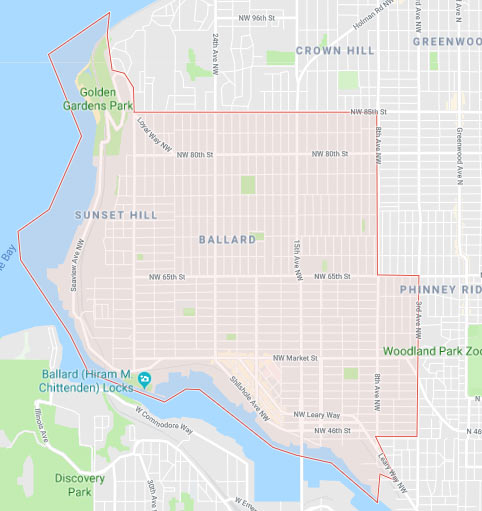