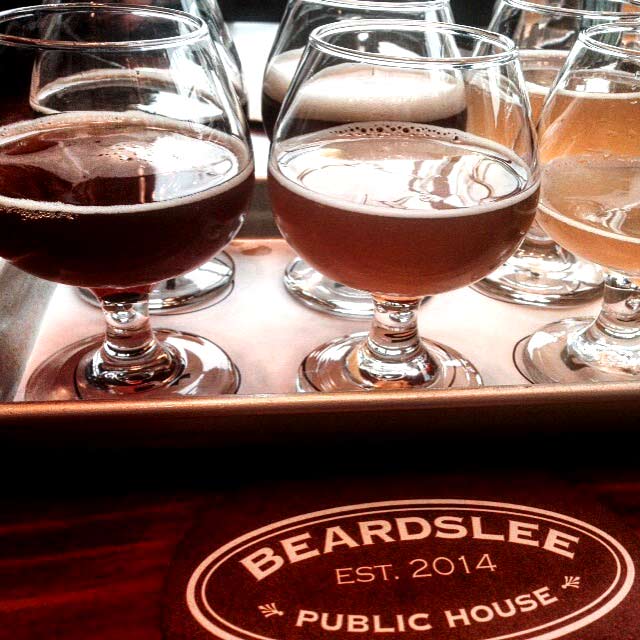 Last night I enjoyed an opportunity to preview one of the food + beer pairings that will be featured at this year’s Craft Beer + Food, Seattle’s premiere beer and food pairing event. For the 5th Annual event, we teamed up 12 restaurants/purveyors with 12 local breweries. Among them, Beardslee Public House, chef John Howie’s recently opened brewpub in Bothell. We teamed-up Beardslee with itself because we could; we have that much faith in both the food and the beer.

For Craft Beer + Food this year, Executive Chef Jed Laprade worked with head brewer Drew Cluley and assistant brewer Paige Zahnle (who is also a cicerone) to devise the combination: Four Ginger IPA paired with Kalbi Pork “Meat Candy” (sweet-spicy Korean teriyaki flavor with ginger). Yes, the meat candy is as good as it sounds, and the pairing is spot-on.

But why am I telling you this? Craft Beer + Food is sold out, so unless you have tickets, you’re out of luck. But wait! You can try this particular beer + food pairing any time you want. In fact, you can try a lot of lovely beer + food pairings at Beardslee Public House; brewer Drew currently has a dozen of his beers on tap waiting for you.

About two months ago we shared the announcement that Beardslee Public House was open for business. You can see our original post here. Truth is, John Howie’s public relations people asked us not to go too crazy about sharing the news. They were afraid that the initial onslaught of neighborhood customers (if you can call Bothell a neighborhood these days) would overwhelm the new restaurant and its staff. Bothell is something of an under-served community when it comes to stuff like this.

But that is all behind Beardslee Public House now. That initial crush of exuberant humanity has finally subsided. Also, as I mentioned, they currently have a dozen different beers on tap. When they opened, just three. So now, fellow beer nerds, there are 12 delicious reasons for you to visit. They do taster flights, serve pints and smaller sizes, and also fill growlers.

The year-round lineup of beers includes the usual suspects: a Pale Ale, a Porter, a Wit, a Blonde, and two different IPAs. One of the IPAs is the aforementioned Four Ginger IPA. On top of that, they’re currently pouring a Pumpkin Ale, a Stout, a Double IPA, a Cascadian Dark Ale,  a Wheat beer, and an ESB.

Back to the pairing that I was talking about, which is waiting for your approval. The meat, which chef Jed describes as the best pork he’s ever had, is sliced paper thin, kind of like thin-sliced jerky. It is tender and sweet, sticky and delicious. The Four Ginger IPA is basically and IPA infused with four types of ginger: Thai ginger, pickled ginger, candied ginger, and fresh ginger. 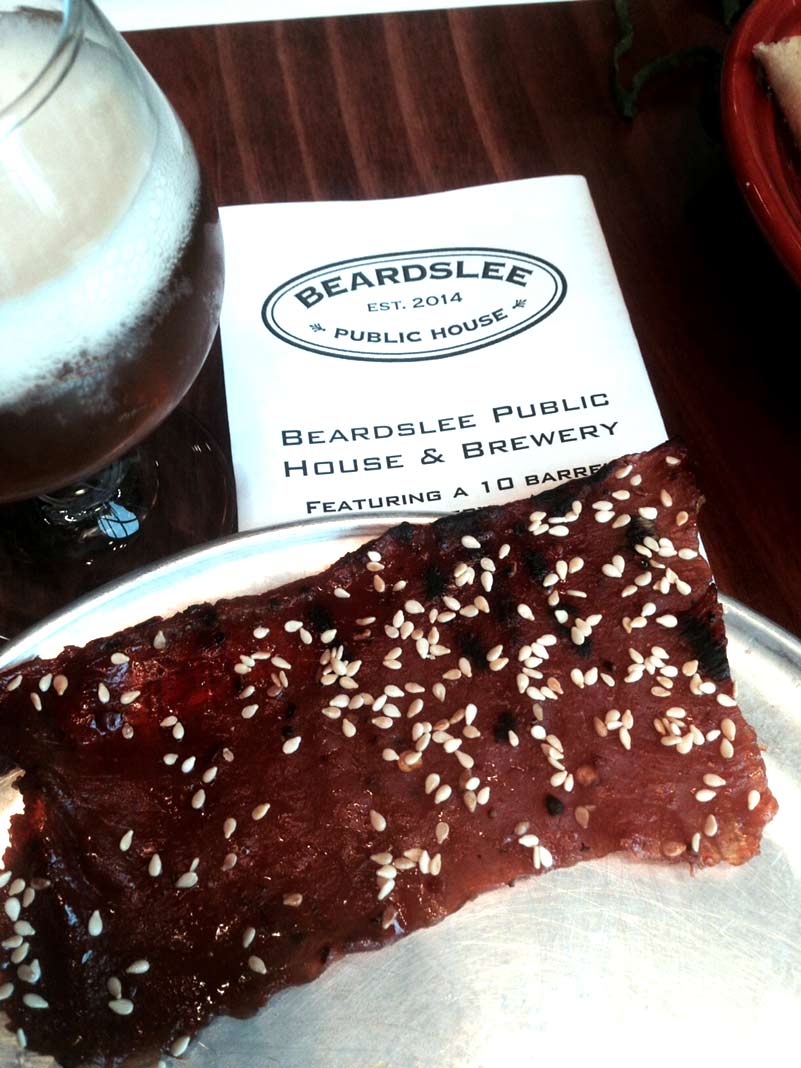 The spiciness of the ginger in the beer is quite subtle until you combine it with the sweetness of the meat candy, which creates an explosion of flavors in your mouth—the sweet and the heat accentuate and compliment each other.

But IPA and Meat Candy are just one very small part of the story at Beardslee Public House. Truth is, last night I sampled a lot more than that. It was all very, very good. If you know anything about chef John Howie, the mastermind behind Sport Restaurant, Seastar, and John Howie Steak, you will not be surprised to hear that the food at Beardslee is fantastic. More interesting is the way chef Jed has found to use the beer in his cooking.

You can learn more by reading the post we did back when they first opened, or you can just go experience it all for yourself. Although you should do the former, I highly advise you to also do that latter.

Is Seattle one of the best beer cities in America or not?
Early reports suggests 2019 was another year of slow, spotty growth for craft beer
Good Brewing Company opens another taproom in Woodinville