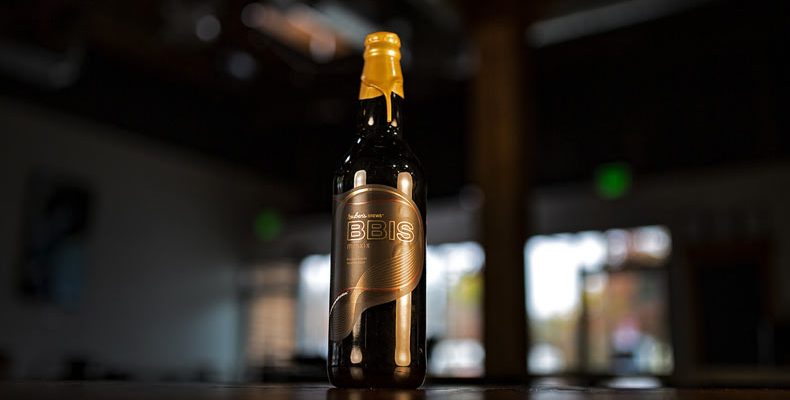 Here is some beer release info from Reuben’s Brews:

BBIS – our Bourbon Barrel Imperial Stout – returns this Saturday with our 2019 vintage. This beer has been years in the making, and will be available on tap and in 22oz wax-dipped bottles, while supplies last, when we open The Taproom at 11am, Saturday, October 26th. You can also expect to see some special vintage kegs of BBIS on the board.

The majority of the barrels in this year’s blend have been aging for about one year, and the addition of some two year-aged BBIS into the blend adds layers of complexity. We barrel age this stout in a blend of 10- to 12-year bourbon barrels. Using the same oat-forward and British specialty malt recipe that hails back from the original version brewed in 2013, we introduced some new techniques to make the beer bigger, richer and silkier.

We believe these enhancements make this vintage one of the best yet – which is high praise for a beer that has been Grand National Champion at the United States Beer Tasting Championship, two-time Gold winner at the World Beer Championships, and winner of the Gold at the Best of Craft Beer Awards.

Today, for all of you misguided youth who are skipping out on school or on your job to come to the brewery, we are releasing cans MISGUIDED YOUTH at The Taproom when we open at 11am. This is our new collaboration with our friends at Torch & Crown Brewing, who are out of New York City. In fact, they’re the only craft brewery in the borough of Manhattan!

Misguided Youth is a 7.2% hazy IPA brewed with South African hops, which Joe Correia and John Dantzler from Torch & Crown helped us brew a few weeks ago. Torch & Crown Brewing was founded by Joe and John, who are former high school students of our own Co-Founder Grace, when she was a teacher.

This beer will be available on draft and in a limited quantity of 16oz cans when we open today, and kegs will also be in limited distribution across the Pacific Northwest. Cheers to Joe and John for coming by the brewery!