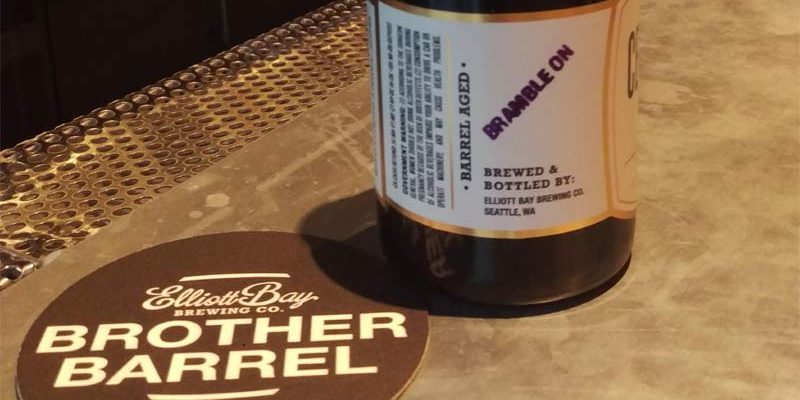 “This Thursday 12/12, Elliott Bay Brewing and Brother Barrel will be releasing our second bottle project. Bramble On was our first experiment using Black Raspberries in our Flanders Red Base. We selected three barrels from our sour red program, blended them together in our blending tank along with 150 pounds of sustainable Black Raspberry puree from Stahlbush Island Farms in the Willamette Valley, and allowed the beer to re-ferment with the fruit for 3 months.

“The dark fruit infused rich, jammy fruitiness into our beer and turned our red beer into a deep purple with a bright pink head. This release has been conditioning in bottles for five months and is tasting great with nice effervescence that helps cut through the jammy fruit.”

“Bottles are 500ml in size and $17 apiece. There are only 100 available. Each Elliott Bay pub will get a case to sell and the rest will be sold at Brother Barrel. The draft version will be available at both Lake City and Brother Barrel. Chef Cass, of Brother Barrel, will have a food special for the weekend designed to pair specifically with the beer.”