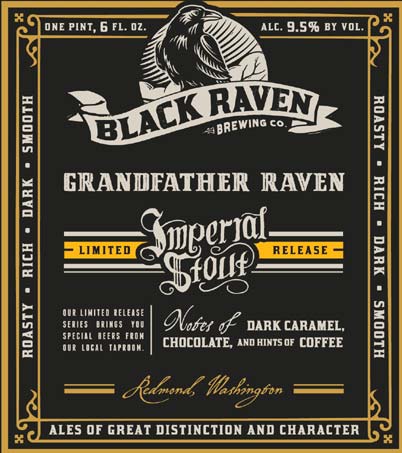 This Friday, November 20th, Black Raven Brewing releases Grandfather Raven Imperial Stout. It will be a taproom-only draft release that day, bottles and distribution to follow shortly after.

“In the creator role, and in the Raven’s role as the totem and ancestor, the Raven is often addressed as Grandfather Raven. With this stately sense of pomp and tradition we bring you our Imperial Stout. This robust black ale is full with rich dark caramel, unsweetened chocolate, and hints of coffee aromas and flavors. Stately indeed, but at 9.5% ABV, perhaps it is just a vain attempt to encourage the trickster spirit to act respectably. Released annually in the winter.