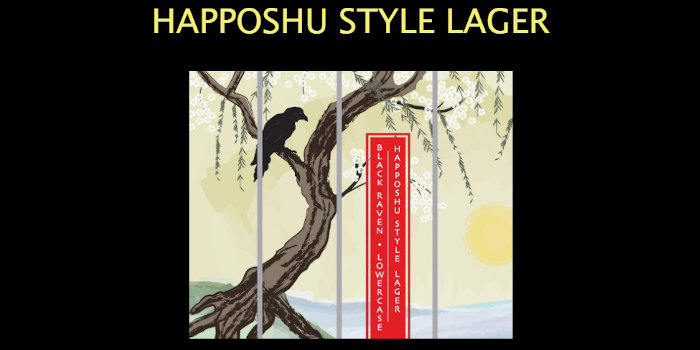 Today, Black Raven Brewing and Lowercase Brewing release a new collaboration beer: Happoshu Style Lager. Happoshu is a particular style of beer, not just the name of the beer. Happoshu-style beers are brewed using no more than 67 percent barley. In Japan, beer tax rates vary based on the amount of malt used in the beer, so Happoshu-style beers tend to be cheaper, but that’s not the reason an American brewer would approach this style. Shortest explanation, it’s a rice lager. At least 1/3 of the malt bill is rice in place of barley.

Happoshu Style Lager is designed bring out the unique character of the experimental American noble hop ADHA 1940 from Roy Farms. Together with our friends at Lowercase Brewing in Seattle, we’re excited to bring you this light and refreshing lager just in time for the weekend!

Happoshu is a specific style of Japanese beer defined by a grain base which uses 2/3 or less traditional malt. In this case, we’ve used toasted rice flakes to make up the difference, resulting in a beverage that lets the hops shine.