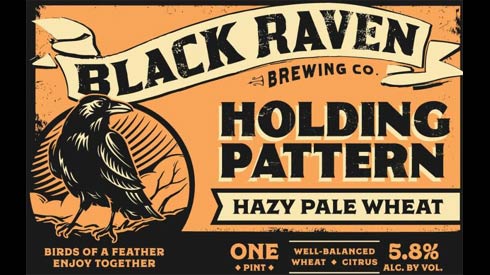 New beer release from Black Raven Brewing. Here are the release notes straight from the source

This is the first beer from our Flight Test taproom series to be spun off into a seasonal beer. As we have been building and continue to build the Woodinville brewery, we have all felt like we were in a holding pattern. We could see the runway, the brightly lit city but just could not land.

Brewed in the hazy style, this new ale is built on a pilsner, pale, wheat and oat malt base. The hop varietals used in this are Mandarina Bavaria and El Dorado.

Available at the Redmond and Woodinville taprooms