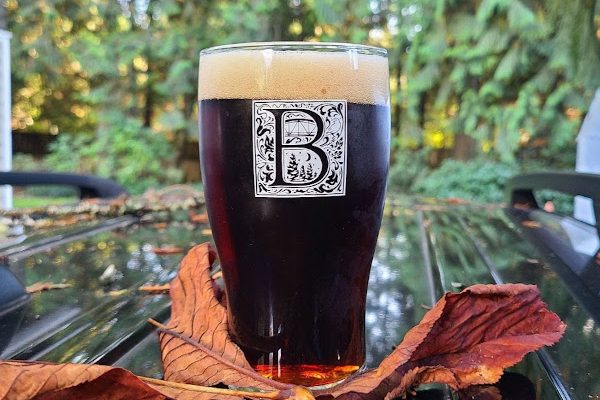 We have another new beer to share with you!  The shutdown this spring gave us some space on the brewing schedule for dialing in new beers, and this is another of those projects getting promoted to the big leagues!  Ladies and gentlemen, I present to you the Mud Dauber.

The Mud Dauber is a brown stout.  If you haven’t heard of a brown stout, that’s probably because it isn’t an officially recognized style for any sort of competition.  This beer has the color of a brown ale or London porter, with the full, creamy mouthfeel of an Irish stout.  The lighter color comes from a more judicious use of roasted malts; instead of an assault of char and smoke, look for layers of walnut, cocoa, and just a hint of coffee in the background.  The beer is named after the mud dauber wasps, which make cool organ pipe-shaped nests out of mud.

Mud Dauber will be released on draft this week.  Keep an eye out for it on tap around the Seattle area, or follow us on social media to find out who is tapping it first.