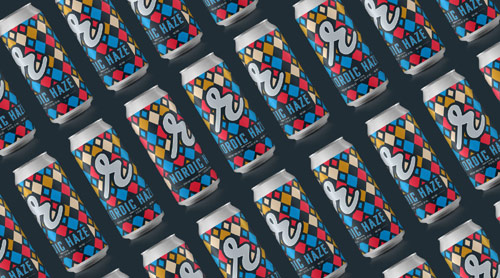 This Saturday, April 27, Reuben’s Brews in Seattle releases Nordic Haze at the brewery’s taproom in Ballard. Previously, it was available on draft and in crowlers only. Now they’re releasing the cans. Nordic Haze is a hazy IPA fermented with kveik yeast, a Norweigan yeast strain. Here’s the release notice from the brewery.

SATURDAY AT 11AM – THE TAPROOM

This Saturday we are releasing 16oz cans of Nordic Haze for the first time. This 6.4% hazy was brewed with an interesting strain of kveik, a historic Norwegian yeast that we just began experimenting with. This yeast adds depth and complexity to the profile of this beer, with layered stone fruits and green mango flavors coming from the yeast alone. Comet and Citra hops accentuate the orange citrus flavors of the yeast as well.

We are very excited about the flavors this yeast develops and we know you already are too, with our first batch selling out so quickly. So we brewed a larger batch than last time to make this release possible, and you will be able to find a very limited amount of Nordic Haze cans in distribution in the Pacific Northwest in addition to our release at The Taproom this Saturday.