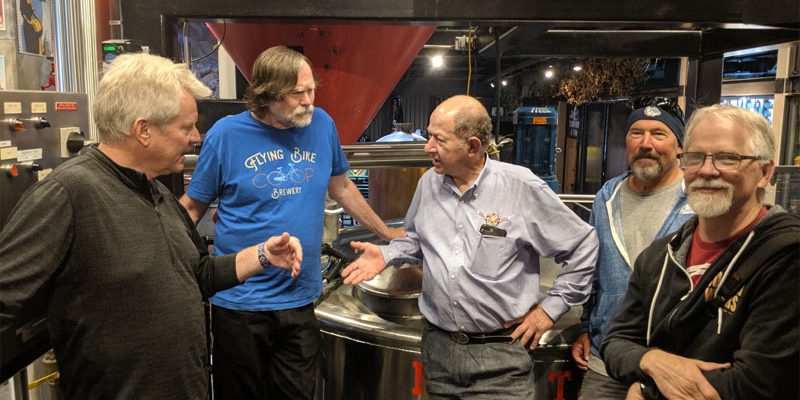 Not long ago, Pike Brewing Company invited some of the old crew back to the brewery to make a batch of beer. The resulting beer, Pike Reunion IPA, was just released. This is all part of the brewery’s ongoing 30th-anniversary celebration. For the unaware, the list of brewers that have come through the ranks at Pike Brewing over the years is spectacular. It reads like a veritable who’s who of the beer industry.

Pictured above from left to right, just a few of the reunited brewers on brew day: Dick Cantwell, Kevin Forhan, Charles Finkel, Kim Brusco, and Jason Parker. Other former brewers in attendance on brew day included Larry Rock, Drew Cluley, Bill Jenkins, Adam Orrick, and Art Dixon (current head brewer at Pike). There are many others who didn’t make it to the reunion.

Limited-release Pike Reunion IPA is now available on draft and in cans throughout Washington! This beer celebrates Pike’s 30th anniversary and is a collaboration from Pike brewers, past and present—industry leaders who continue to #MakeBeerHistory.

Celebrate #Pike30: Raise a glass to the future of Seattle beer!