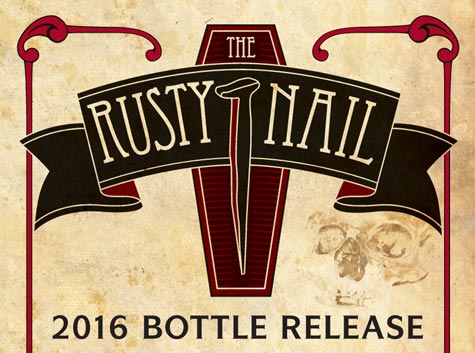 Description: The Rusty Nail begins life as The First Nail, an oatmeal stout of epic proportions with brewer’s licorice, smoked barley, and pale malt and aged on cinnamon bark. She becomes the Rusty Nail after spending 15 months in 12-year old bourbon barrels. The Rusty Nail pounds your palate, challenges your perception of all that you’ve known of beer, and leaves you wanting…another sip. “A fine beer may be judged by one sip, but it’s better to be thoroughly sure.” –VWP

Age this beer, please! But try one now… go on. 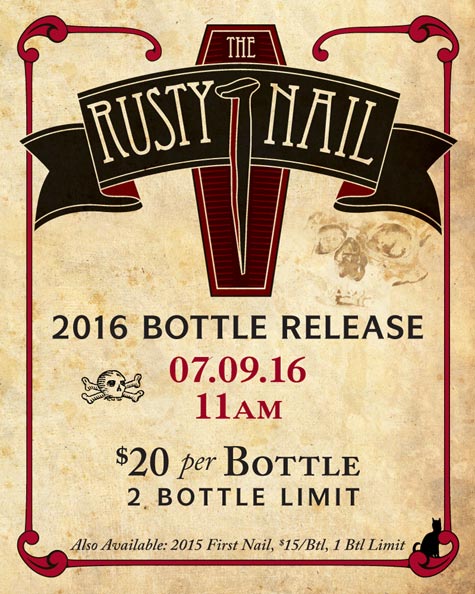