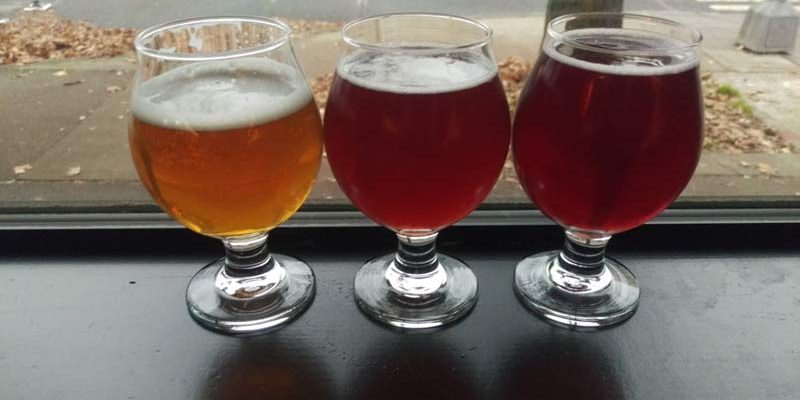 In recent years, Elliott Bay Brewing has gained a reputation for its creative, masterful barrel-aged and sour beer program. The latest from the Elliott Bay cellar, Spontaneous Syrah ’18. To celebrate the release of this lovingly aged beer, Elliott Bay Brewing is putting all three of its Spontaneous releases (pictured above) on tap at Brother Barrel. Here are details about the beer and how you can get some of it down your throat.

We’ve got a new release from our sour program that is hitting this taps this week. Spontaneous: Syrah ’18 is the second release from the 2018 harvest season. This brew used nearly a pound and a half per gallon of de-stemmed Syrah grapes from our friends at Cuillin Hills winery. To celebrate, we’re putting a keg of all three Spontaneous releases we’ve done so far on tap through this weekend at Brother Barrel.

Chef Cass has also prepared a trio of oysters to pair with the trio of beers: Shinsei, Kumamoto and Pacific Miyagi – All will be served with a Sour Gold mignonette, harissa, and hot sauce (all house made). Oysters are available in sets of 3 for $8 or sets of 6 for $15 and will be around as long as they last.