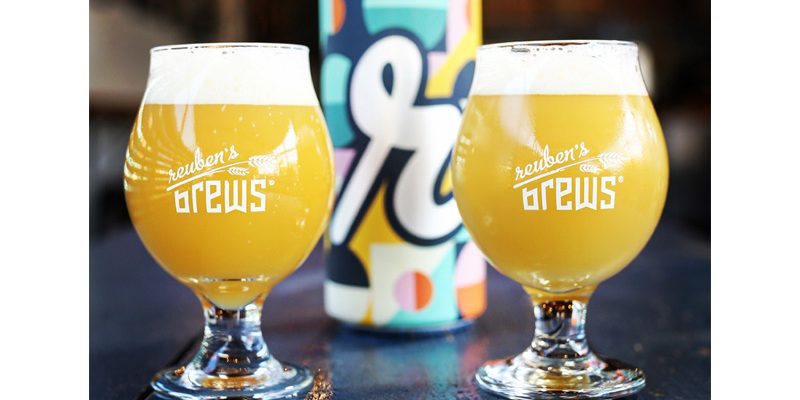 Yesterday I reported about the upcoming seventh anniversary celebration coming up at Reuben’s Brews. Today, I want to tell you about two beers of significant magnitude that the brewery releases this Saturday, August 31st. Hanging Clouds and Triple Crush are described as a Triple Hazy IPAs. Does that mean they are three-times as hazy as normal hazy IPA? No, it means they clock in at a whopping 10 percent ABV.

Here is the release notice for the two beers:

This Saturday at The Taproom we are releasing HANG CLOUDS and TRIPLE CRUSH, two triple hazy IPAs.

A perennial favorite and two-time US Beer Open Championship gold medal-winning TRIPLE CRUSH is also returning to the taplist. This triple hazy IPA version of our Crush series has a juicy body with mango, pineapple, and white grapefruit notes, and also comes in at 10% ABV.

Both beers will be available in crowlers to go from when we open at 11am. These beers are available only at The Taproom.