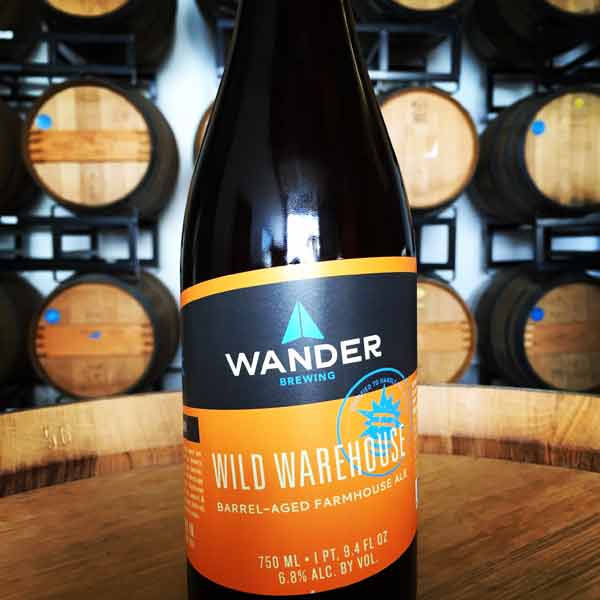 Release notes from the brewery:

BELLINGHAM, WA. (April 2, 2015) Wander Brewing is excited to announce release #1 from our Wander Barrel Project, Wild Warehouse Barrel-Aged Farmhouse Ale. Wild Warehouse will be available in 750 ML bottles at the brewery beginning today, Thursday, April 2nd, and will subsequently be sold at select retail locations. A limited amount will also be available on draught at the Wander Brew Hall.

The genesis of Wild Warehouse starts with Chardonnay wine grapes grown at Lonesome Spring Ranch in the Yakima Valley. This fruit was then transformed and aged in French oak barrels at Chatter Creek winery in Woodinville, WA, to produce a delicious 2013 Chardonnay with apple and white peach sensations. The same day these barrels were emptied of Chatter Creek’s Chardonnay, they were delivered to the Wander Barrel Project and immediately filled with our farmhouse ale.

Nine months later we now have release #1 from the Wander Barrel Project, Wild Warehouse Barrel-Aged Farmhouse Ale. Overflowing with aromas of nectarine and fresh apple and flavors of pear, clover, and good beer.