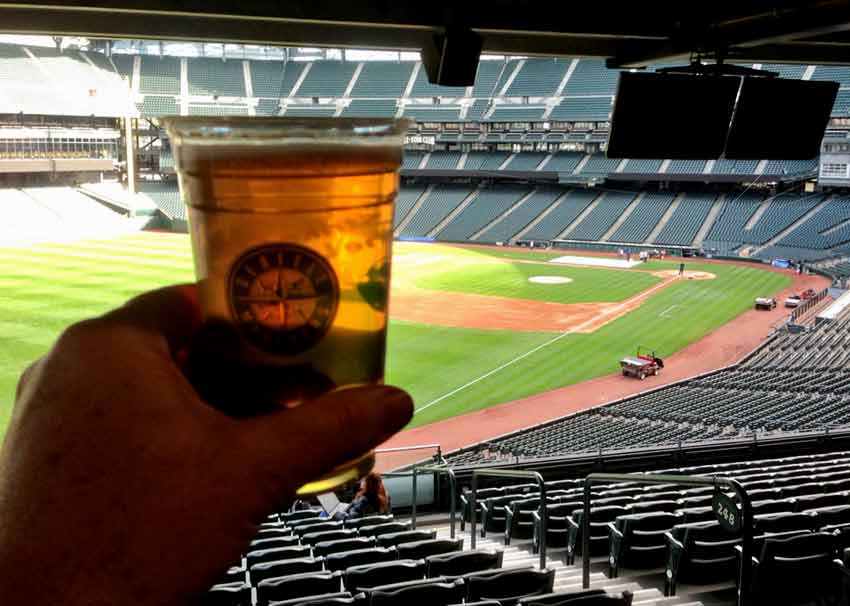 The Seattle Mariners are off to a surprising start this year and the home opener is tomorrow (Tuesday, April 8). Here is our annual report on beer at the ballpark. Below I list the craft beers available on tap at Safeco Field, including where you can expect to find the good stuff. Bookmark this post on your phone and use it as a guide when you’re at the stadium.

Historically, the guide to finding good beer at the ballpark has been one of our most popular and important posts of the year. This year there is even more craft beer at Safeco Field and it’s become even easier to find. I’ve been told that 70 percent of all draft handles at the ballpark are now dedicated to craft beer.

The list is below, but here is some other beer-related information of interest to beer enthusiasts.

The other day, I spoke with Steve Dominguez. He is the General Manager with Centerplate at Safeco Field. First off, I learned that he is proud of the ballpark’s craft beer reputation. He is very well aware that national publications have declared Safeco Field to be the best ballpark in the big leagues when it comes to beer. He wants to keep it that way.

Respect the Beer and the Fans 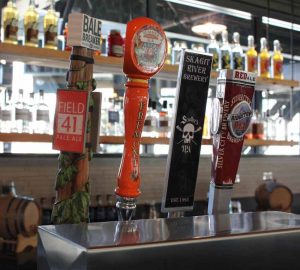 One concern raised by both consumers and breweries involves the draft lines at the ballpark. People wonder how often they clean the draft systems at Safeco Field. The other day, I had an opportunity to ask a person who knows.

When I asked about draft line sanitation, which is always a sensitive subject, I expected Steve Dominguez to refer me to another source and avoid the conversation. He didn’t. Instead, he told me that he thinks of craft beer as an investment and believes it would be foolish to jeopardize that investment by serving it poorly. He explained that an outside agency previously performed the service at the stadium, but not anymore. Centerplate purchased its own draft line cleaning equipment, trained-up some of its own staff, and now manages the program itself.

Centerplate cleans each draft beer station five or six times during the course of the six-month season, depending on usage. Remember, the Mariners are only home half of the time, and some beer stations don’t get used regularly. Others are not even activated until the ballpark is full or nearly full.

Cask-Conditioned Beer at the Ballpark 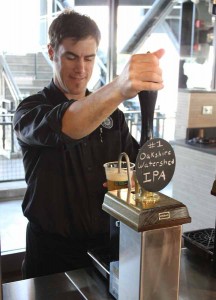 Dominguez told me that he fully understands the fragility of cask-conditioned beer. He knows that in the ballpark environment, proper care of the beer will be a challenge, but he’s determined to make it work. He explained to me, in some detail, exactly how they will manage the casks: stored at proper temperature, delivered early so they have time to properly settle, and so on.

You’ll find a specially equipped beer station with two beer engines serving cask beer on the main concourse behind home plate. A third beer engine will be installed at the NW Beer Bar. See our previous post for more information about cask beer at the ballpark. 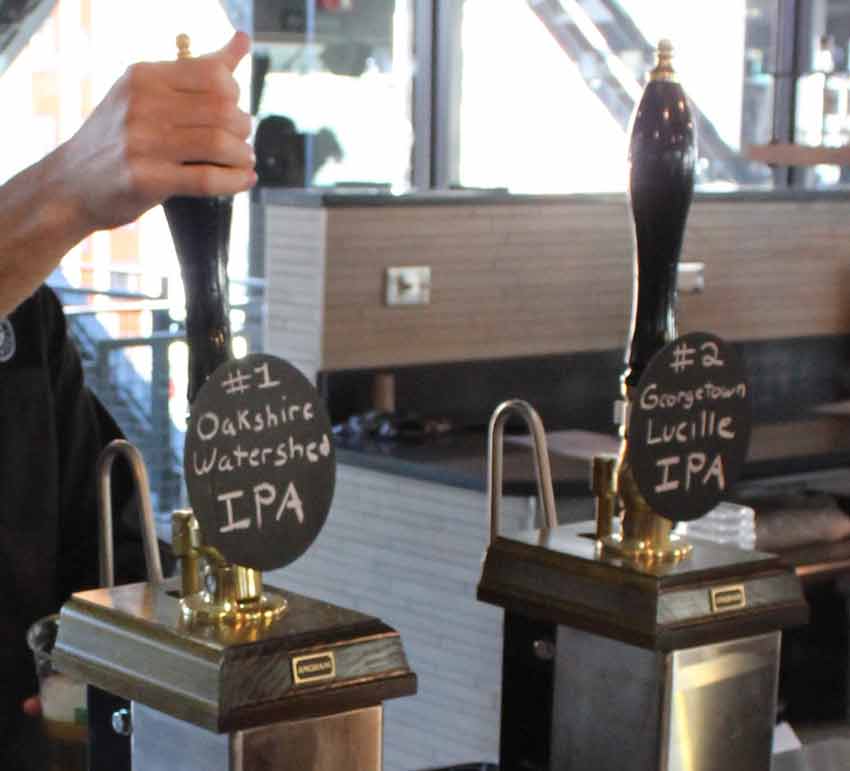 For those wondering about the price, I was told that the cask-conditioned beer will sell for the same price as the other craft beers. 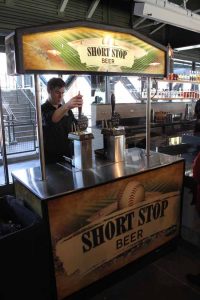 Each Friday during a home stand, prior to the game, there will be a special Firkin Friday event at the Long Bar in The ‘Pen (center field). The event will feature a firkin on the bar top and someone from the brewery to talk about the beer. The firkin will be tap an hour before first pitch. (See our follow-up story about Firkin Fridays.)

Craft Beer Delivered to Your Seat

In addition to great beer on tap around the stadium, this year the beer vendors wandering the stadium will be hawking cans of craft beer. The lineup will include Oskar Blues Dale’s Pale Ale, Schofferhofer Grapefruit Hefeweizen, 7 Seas Rude Parrot IPA, and more.

Also, there are some draft options available at your seats in the Terrace Club that I do not mention below. If you’re sitting in that section, you’ll see the menu and don’t need me to tell you about it.

Our friends over at NW Beer Guide have created their own ballpark beer guide. It includes a list of all beers available at the ballpark, including the bottled stuff. Check it out.