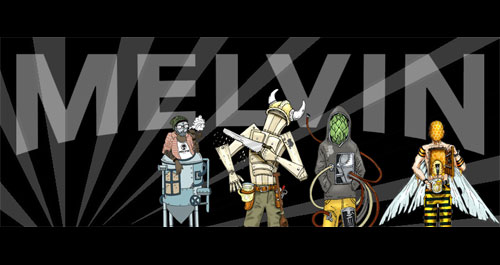 In 2016 Melvin Brewing announced that it was opening a brewery in Bellingham, Washington. It was the following year that the award-winning brewery from Jackson, Wyoming opened its doors, operating a brewpub in the city’s Fountain District. In March of 2018, we posted a story about sexual misconduct allegations involving a key member of the Melvin Brewing team that was visiting the Bellingham location.

Today we report that Melvin Brewing’s Bellingham brewpub is now under new ownership and will eventually undergo a name change. This does not impact the company’s operations away from the Bellingham location.

According to a report on taptrail.com, Gary Pickering is the new owner of Melvin’s Bellingham brewpub. A local businessman, Pickering is not affiliated with the previous owners. The new business “is 100 percent locally owned with no money going to the former parent company, Melvin Brewing,” Pickering told Tap Trail.

That said, the name will remain the same for the time being. It will take some time for the licensing changes to catch up with the rest of the deal.

The deal closed within the last couple of weeks. Before long the building will no longer be Melvin Brewing, but Pickering will introduce an entirely new brand, which will include a new menu and new beers.

Pickering tells Tap Trail that he wants the new business to focus on the community. One way he intends to do that is by keeping the same staff, including the same brewer and the same friendly faces behind the bar.

For the time being, the most noticeable change is to the hours of operation. The brewpub is no longer open for lunch and instead opens at 3:00.