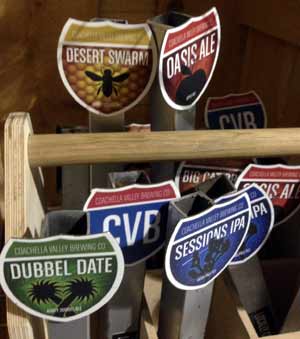 They’re calling it 20-by-20. It is part of a craft beer mission statement. It’s a craft beer forecast. But what does it mean?

The numbers are a bit hard to find and figure, and nobody wants to go on record, but last I heard, craft beer accounted for just 7 or 8 percent of overall beer sales in the USA. That’s a national number. Here in the Seattle area, that number is closer to 30 percent. I digress. Although 7 or 8 percent may not seem like a very impressive number, recognize that America spends almost $100 billion on beer each year. The Brewers Association (a national organization representing the craft beer industry) recently issued a new mission statement. The BA believes that by the year 2020 craft beer will account for 20 percent of overall beer sales in the USA: 20-by-20.

At the current growth rate, it seems an attainable goal. Actually, given the drinking habits of the 20-something generation, which shows a growing aversion to big-brand light beers, it seems likely that we will hit the 20-by-20 mark. For craft beer producers, a 20-percent market share does not come without implications.

Here’s something to think about as we approach this craft beer golden age. Who, exactly, is going to brew all that beer? Today Washington boasts well over 200 breweries, more than any state but California. For the most part, they are all doing a fine job and business is good. They’re selling every drop of beer they brew and they still only produce one-third of the craft beer consumed in Washington. I’m not sure how many of our Washington breweries recognize the kind of opportunity the future offers.

As far as I can see, only a small handful of our local breweries dream of becoming the next Sierra Nevada Brewing or New Belgium Brewing, or any kind of brewery large enough to meet the increased demand that 20-percent market share promises. That’s fine. It’s their prerogative. I’m not saying anyone should have such desires. I totally understand economic realities. I know that most brewers got into the craft beer business to make beer and not to build breweries. Managing a constant state of growth and expansion is a pain in the ass. I totally get it. I am just pointing out that the opportunity exists. Someone is going to have to make all that beer. In the words of Russell Wilson, “Why not us?”

I read about a lot of new breweries opening in other parts of the country and even have occasion to visit some of them. Many of them are not only dreaming of being the size of Lagunitas Brewing or Stone Brewing, they are planning on it. Pie-in-the-sky expectations are written into the business plan. That kind of ambition seems rare amongst new breweries here in Washington. On one hand, that’s kind of cool. On the other, it’s kind of unfortunate. Like I said, someone’s gotta brew all that beer.

I recently visited Coachella Valley Brewing in Thousand Palms, California. That brewery opened less than a year ago with an impressive tank farm that is fed by a 20-barrel brewhouse and a high-efficiency mash filter. Seriously. They got plans. This is not your father’s nano-brewery.

I’ve been watching the growth of Hangar 24 Brewing in Redlands, California since it opened about six years ago. In fact, I was there last week to see the most-recent expansion. The growth has been phenomenal. As I understand it, the growth was planned from the start. Today, based on production volume, Hangar 24 would be one of the largest craft breweries in Washington. Maybe the largest (not counting Redhook). Hangar 24, at the wee age of just six years old, plans to brew 60,000 barrels of beer in 2014. I guess 60-by-6 was in their business plan.

New breweries are opening across the country all the time. Many of them have big plans but are located in regions that don’t consume as much craft beer as we do here in the Northwest. Those breweries will be looking for somewhere to sell their beer. Washington will remain a leading market for craft beer no matter what the future brings. It is likely that a 20-percent market share in the USA will translate to something like a 50-percent market share in places like Seattle and Portland, the only two markets in the USA that already exceed the 20-percent mark. Seattle and Washington will remain a great place for out of state breweries to sell beer. That’s really good news for beer consumers, but I’m not sure how it will or will not impact our local breweries.

Those of us associated with the craft beer biz have always believed that as craft beer gets more popular, all breweries stand to prosper: “A rising tide lifts all boats.” Suddenly, that statement sounds a little bit naive. The 20-by-20 mission statement is a tsunami warning. I’m not sure you want to be tied to the dock in a dinghy when that tidal wave comes roaring ashore.

We need to produce more craft beer. A nice problem to have. Are there any other first-world problems we should discuss?

This is all just random musing. This is not a thesis. It’s just something to think about. And I am certain that I am not the only person thinking about the implications of 20-by-20.