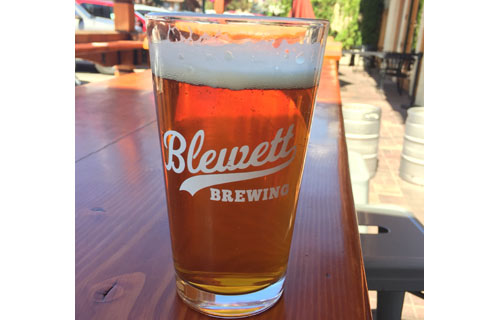 Blewett Brewing Company in Leavenworth, Washington celebrates its first anniversary next Thursday, September 28. The brewpub is open from noon until 10:00 PM.  Here are the details straight from the brewery.

Leavenworth, WA – Blewett Brewing Company will celebrate it’s One Year Anniversary on Thursday, September 28 at its brewpub location at 911 Commercial Street in Leavenworth.

The Anniversary party will be an exciting event. Blewett will be introducing THREE new seasonal releases as well as the NEW mug club! Additionally all food and beer will be 25% off throughout the day, as well as swag giveaways and door prizes.

Fall seasonal releases will include a Pumpkin Ale, Fresh Hop Double IPA and Oktoberfest Lager. Blewett’s new Mug Club will be accepting applications for a limited number of members for its first year. Don’t miss out!

Blewett Brewing Company was founded by brothers Kyle Peterson and Eric Peterson, both of Leavenworth; and Grant Stoebner also of Leavenworth. Mr. Stoebner is the Head Brewer and brings over 20 years of brewing experience. Eric
Peterson is the founder of Idlewild Pizza, which Blewett Brewing ultimately purchased to complete the brewpub in early 2017. Grant Stoebner is the owner of Fresh Burger Café, also on the same block as Blewett Brewing. Kyle Peterson is a Financial Advisor for D.A. Davidson & Co.