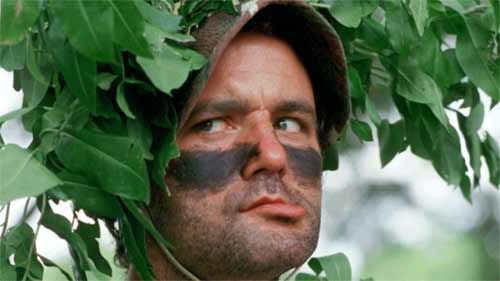 Everyone has a favorite Bill Murray movie. For me, it might be The Life Aquatic, but you can’t go wrong with Caddy Shack. Boundary Bay Brewery and Bistro in Bellingham has a few Murray favorites, so this year they’re celebrating A Year of Murray with special movie showings in the Mountain Room along with the release of a special beer. The events will include Bill Murray trivia, free popcorn, giveaways, and other Murray-themed activities.

Here is the info straight from the brewery:

At Boundary Bay Brewery, 2019 is being celebrated as “A Year of Murray.” Each month a quintessential Bill Murray film will be screened in the Mountain Room at Boundary Bay. The series began with “Groundhog Day” in February and will continue with “Space Jam” on March 23rd. “Ghostbusters”, “Meatballs”, “Caddyshack” and many more will be included in the screenings at some point this year.  Murray will awe audiences with his quick wit and comedic relief in classics so hilarious that it makes you want to say “it just doesn’t matter” to your regular weekday routine.

Most screenings are 21+, however a few films are rated PG, allowing all-ages to attend. Doors and bar opens 30 minutes before the film starts.

The series will include Bill Murray Trivia, free popcorn, giveaways and other activities. “A Year of Murray” is intended to engage both the average and avid Bill Murray fan by celebrating some of Murray’s best performances in a community environment.

In honor of “A Year of Murray,” Boundary Bay Brewery brewed “Murricane IPA.” This big, hop-forward Northwest IPA explodes with a bouquet of citrusy aromas. Murricane IPA will be served during each Bill Murray film screening, in addition to a few other Boundary Bay beer styles, while supplies last.

More information on the Year of Murray: Bill Murray film screenings can be found at bbaybrewery.com/events or Boundary Bay’s Facebook page.

Independently owned and operated, Boundary Bay Brewery and Bistro has been making great handcrafted beer and fresh, local food for the Bellingham community since 1995.

Boundary Bay Brewery houses a Taproom and family-friendly Bistro, located in a restored historic 1922 warehouse in Downtown Bellingham, across from the Saturday Farmer’s Market.  We have a deck for outdoor dining and a dog-friendly Beer Garden where you can enjoy BBQs, outdoor concerts and nonprofit events during the Summer. For more information, visit www.bbaybrewery.com.