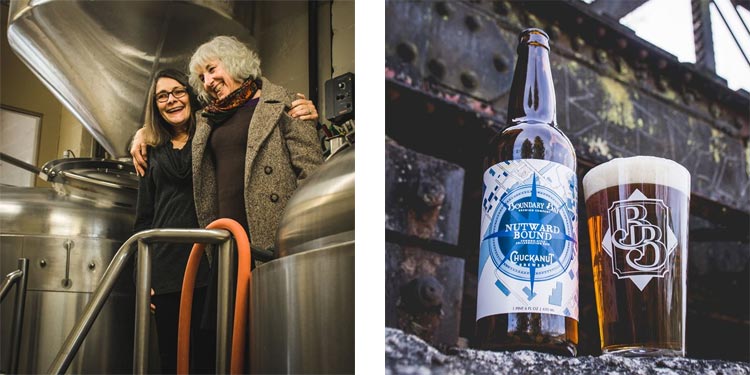 Two Bellingham breweries team up to create a new collaboration beer. Nutward Bound is a common-style ale brewed by Boundary Bay Brewery and Chuckanut Brewery. (Pictured above, Janet Lightner and Mari Kemper representing their breweries on the brew deck. from Facebook.)

From collaborations to camaraderie we’re truly blessed to have such a wonderful brewing community in Bellingham!

It’s been in the works for a long time, but we finally brewed a collaboration with our friends Chuckanut Brewery & Kitchen! What did we brew…? A Common-Style beer and it is bound to be nuts!!!

NUTWARD BOUND is now available in 22oz bottles for a limited time for pickup and delivery!