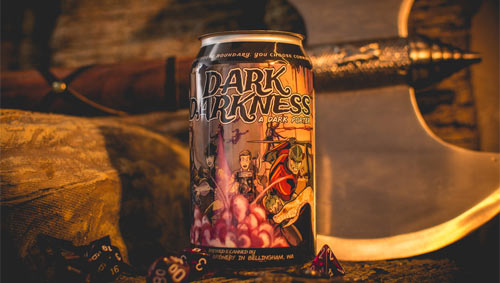 Boundary Bay Brewery in Bellingham, Washington has partnered with a local film producer to introduce Dark Darkness, a dark porter packaged in cans. The beer’s release is part of the campaign for the graphic novel adaptation of the screenplay for Dark Darkness’ feature film. (Dark Darkness is already a web series.) Here is all the information about the beer and the pending release as well as the upcoming The Darkness Convention (October 10th).

The brewery and a local film producer host The Darkness Convention on October 10 to release a new, limited release can.

Bellingham, Wash. — October 3, 2018 — Boundary Bay is partnering with local film producer, D4 Productions, to co-host The Darkness Convention. The event kicks off the release of Dark Darkness: A Dark Porter in cans as well as the campaign for the graphic novel adaptation of the screenplay for Dark Darkness’ feature film. Dark Darkness is already a successful adventure-comedy-fantasy web series.

The Darkness Convention will be held from 6 to 9 p.m. on October 10 in the Mountain Room at Boundary Bay (1103 Railroad Ave.). The event features a cosplay/costume contest, raffle prizes and additional performances by local artists. It’s free, all-ages and open to the public.

“Dark Darkness unites our diverse local art scene with local craft beer. Everything about this ‘dark’ porter including beer ingredients, can artwork, even the distribution network, celebrates our community,” says Janet Lightner, General Manager of Boundary Bay Brewery. “We’re also very excited to be a part of a local film producer’s pursuit of his dream.” 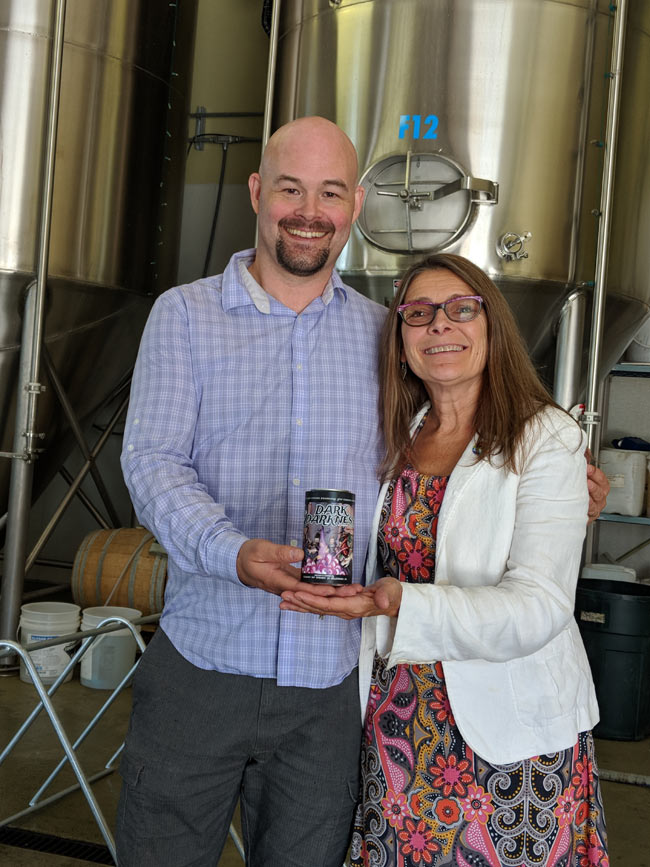 Dark Darkness: A Dark Porter unites a deep-chestnut color, aromas of cacao and light toffee with chocolatey and subtle roast flavors. Dark Darkness will be available on draft and in 6-packs (12oz. cans) for a limited time during the months of October and November.