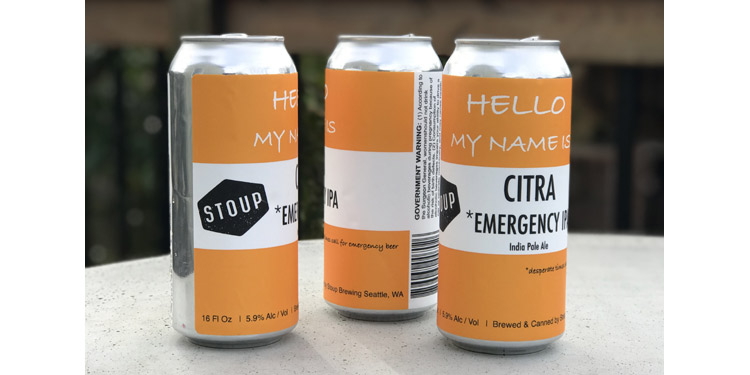 “… until recently it didn’t feel so urgent. And then in a blink, it was.”

For most businesses in Washington, the statewide pandemic shutdown was a serious punch in the gut. Because of their place in the food supply chain, Washington’s 400-plus breweries were deemed essential and allowed to continue operations, which is good news for the industry. Brewery taprooms, like bars and restaurants, are closed, which is not good news for the industry.

Most of the state’s breweries rely significantly on their own retail beer sales. That is, they generate a significant portion of their revenue by selling beer in their now-closed taprooms. Nationwide, The Brewers Association, which represents the nation’s small and independent brewers (craft breweries), estimates that about 40 percent of all craft beer sales in the U.S. are on-premise sales. My educated guess, in Washington that number is significantly higher.

Here in Washington, a lot of these breweries are adapting however they can, continuing to sell to-go beer at their taprooms. Some are even offering delivery service. That helps balance the loss a bit, and it is different for each business, but without butts on barstools and day drinkers lined up to order pints of beer on Saturday and Sunday afternoons, there’s a lot of lost revenue to replace.

The losses are not limited to just by-the-pint taproom sales; draft beer sales have plummeted as well. Simply put, nobody is buying kegs of beer. Beer distributors are not currently taking delivery of kegs from breweries because bars and restaurants, like brewery taprooms, are closed for everything but take-out and delivery orders. At breweries across the entire nation, a lot of beer was fermenting and conditioning in tanks when the shutdowns took effect and a lot of that beer was destined for kegs.

Right now, staying afloat in the beer biz is all about the hustle. “We’re working as hard as we did when we first opened,” says Robyn Schumacher, one of the co-founders and co-owners of Stoup Brewing in Seattle, which until a few days ago focused entirely on draft beer. “It’s like starting all over again, but I feel proud of the way we’ve worked together to adapt.”

Things are a little less dire for breweries that package their products in bottles and cans. Again, it is different for each business, but breweries with established, diverse distribution channels are still delivering palates of beer to their distributors who are stocking the shelves at local grocery stores and the other retail outlets that remain open. By all accounts, those kinds of beer sales have increased since the shutdown. That means nothing to all the breweries that do not sell beer via those channels.

Airways Brewing in Kent, Washington lives in both worlds, relying largely on its draft product but also packaging a portion of its beers. The company typically cans its beer on a schedule: once per quarter. The most-recent canning run took place in mid-March, before the shutdown, but recognizing the situation, the company quickly shifted gears.

“We canned those beers as we’d planned but also scheduled another canning run for mid-April, says Alex Dittmar, co-owner and brewmaster at Airways Brewing. “I have beer that needs to go somewhere and there’s no sense putting it in kegs.”

Airways Brewing isn’t alone. The situation has caused something of a canning rush. Most craft breweries do not possess their own canning equipment; rather, they rely on mobile canning companies that bring the operation to the brewery. Those companies, which are also deemed essential businesses by virtue of their place in the food supply chain, are busy these days as breweries hustle to get their beer into 12- and 16-ounce cans.

At Seattle’s Cloudburst Brewing, where the plan from the git-go was always to focus exclusively on draft beer, the word can has suddenly slipped into the vocabulary. The picture below showed up on Instagram the other day with hashtags like #adaptandsurvive, #neversaynever, and
#whendraftbeerdies. 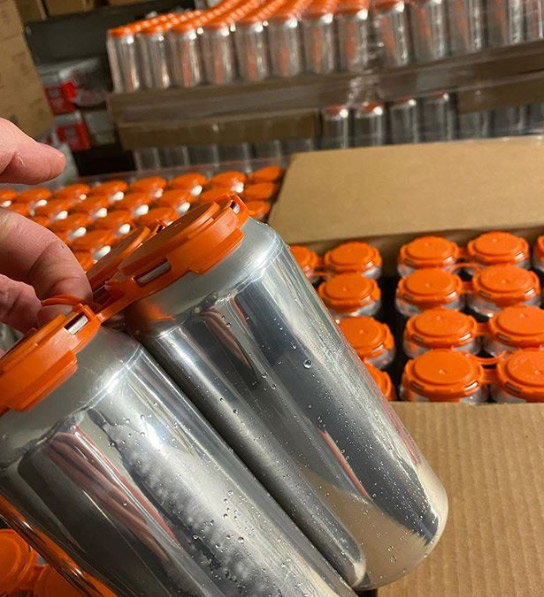 Like Stoup Brewing, Airways Brewing, Cloudburst Brewing, and others, Old Schoolhouse Brewery in Winthrop, Washington adapted to the situation. The brewery is about to can some of its beer for the first time ever. “We had planned to do one [canning run] late Spring, but the Covid [sic] situation accelerated our plans,” says Troy Anderson, Co-Owner of Old Schoolhouse Brewery. “We had planned to fully keg up this batch of Crystal Visions IPA, but quickly pivoted to canning it since we are already sitting on a lot of full kegs.”

Stoup Brewing also shifted gears, from low into high, after the shutdown took hold.  “Thankfully, we were already on the path to canning,” says Robyn Schumacher of Stoup Brewing. “This wasn’t the coming-out party we imagined, but there was a whole lot of hustling to create temporary labels, organize canning runs and get the cans to our customers quickly.”

“Canning was in the plan when we acquired the new space behind the beer garden,” adds Lara Zahaba, another co-founder and co-owner at Stoup Brewing. “That space gives us a lot more production room so beer in cans was a first-quarter goal for us and we have been working on can design since January. The process is taking longer than expected, but until recently it didn’t feel so urgent. And then in a blink, it was.” 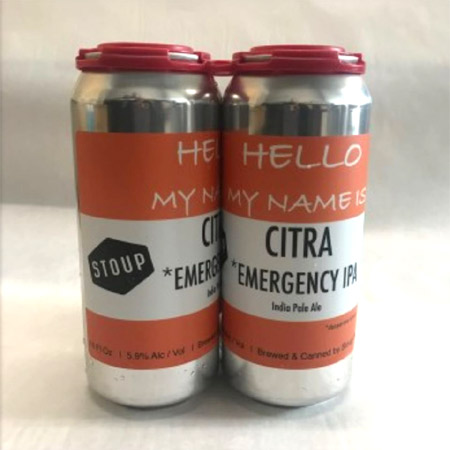 Breweries typically fret over the labels they put on bottles and cans. Professional artists submit designs for consideration, the process involves some back and forth, and a lot of careful consideration goes into final approval. There’s no time for that right now, so Stoup quickly designed the labels in house.

Of course, the real labels are still in the works, but Stoup’s temporary labels are fun, effective, and speak to the times and the current situation. The labels sport a pertinent annotation, “Desperate times call for emergency beer.”

Indeed, this is a difficult and stressful time in the craft beer industry, but despite the struggles, breweries are still managing to maintain their spirit of comradery and cooperation. “Andy at Urban Family Brewing let me piggy-back labels onto one of his orders, helping with costs and introducing us to a local printer that has been a lifesaver,” says Lara Zahaba of Stoup Brewing.

It’s nice to hear that. It’s nice to know that some things in the beer biz haven’t changed.

Exactly what the world will look like when we come out of the other side of this tunnel is anybody’s guess. Right now, our local breweries just want to make sure they are there to see it, whatever it looks like.

“Sometimes crisis can also be an opportunity,” says Troy Anderson of Old Schoolhouse Brewery. “We decided to take this situation as a positive forcing function. We can’t control the virus, but we can do a small thing to help bring some joy to folks in this time. And also keep our brew staff employed.”

Silver City Brewery introduces Ziggy For All, a community support program
You Are Not Alone - Postdoc Brewing releases its version today
How one brewery is navigating this upside-down world: Fremont Brewing