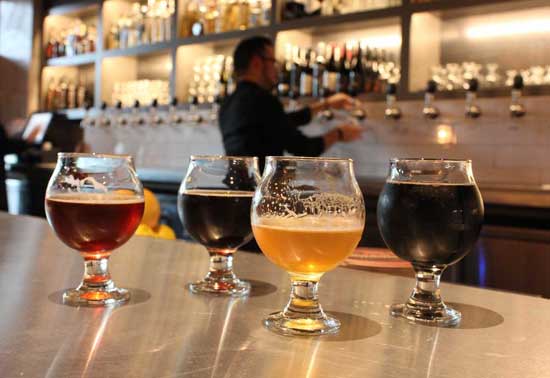 On Tuesday, May 23, Elliott Bay Brewing Company celebrates the grand opening of its fourth location. Located on Lake City Way, right next to the Elliott Bay Public House and Brewery, Brother Barrel will focus on barrel-aged and sour beers. Along with that, craft cocktails and food. Unlike the company’s other locations, this one is for grownups only (21+). 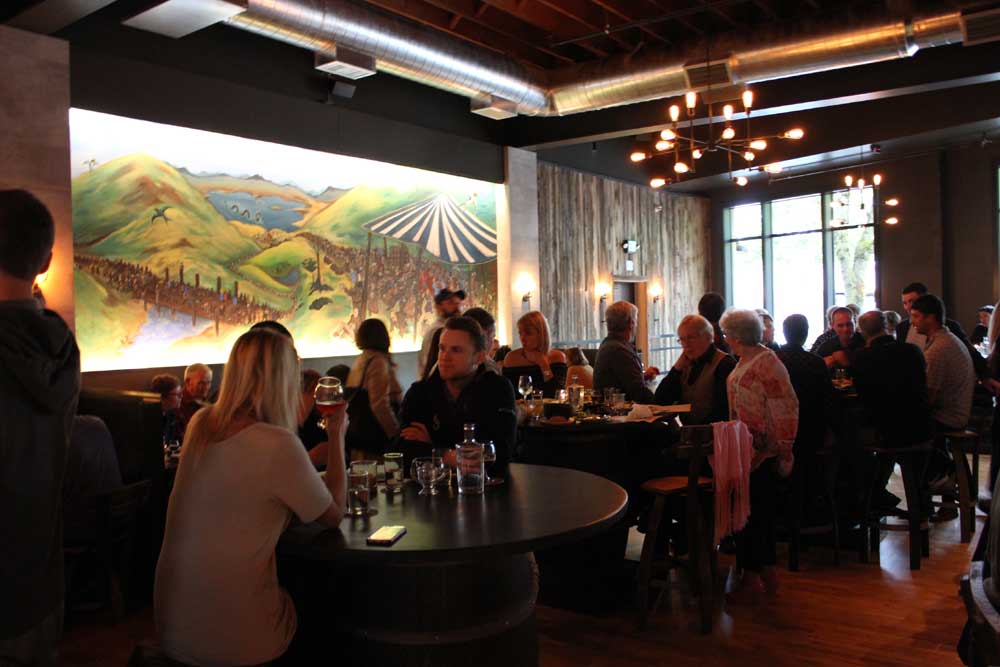 We attended a soft-opening event last night at Brother Barrel, took some pictures and tried some food and beer. Nobody should be surprised to hear that the food is delicious and focuses on fresh, sustainable dishes. The beer selection included four of Elliott Bay’s own barrel-aged creations, including an amazing Gin Barrel Aged Golden Ale. Along with that, a number of barrel-aged beers from local and not-so-local breweries. The plan moving forward is to feature as many of their own brews as possible and continue to supplement the selection with great beers from other breweries. Last night’s lineup included guest taps from breweries like The Bruery, Avery, Silver City, and Engine House 9. 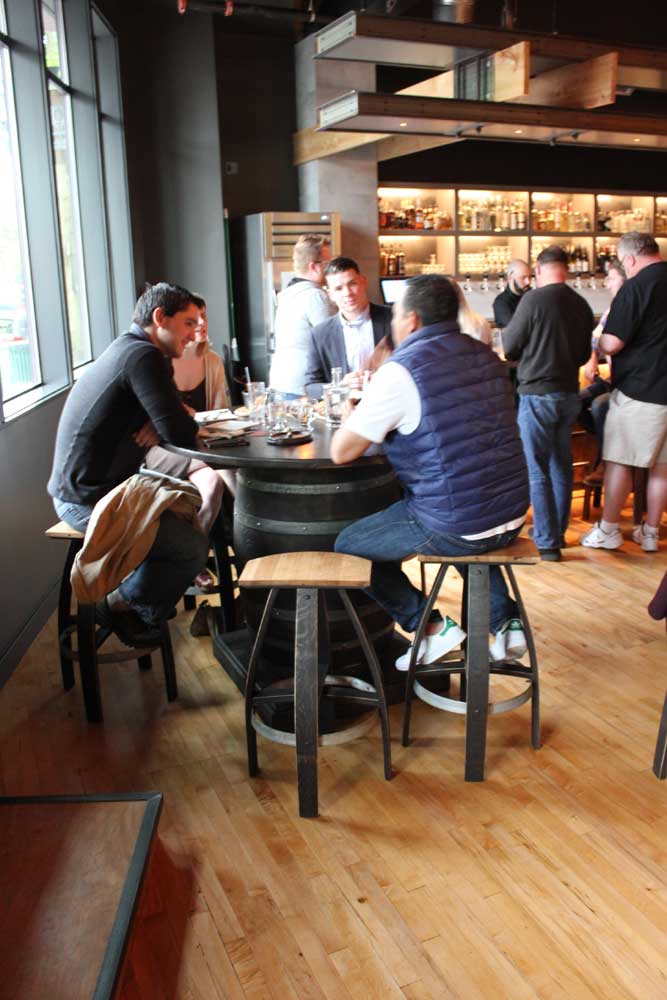 Away from booze and food, the space is very cool and the pictures speak for themselves. There’s an unmistakable barrel theme here. Lots of wood, lots of staves. The chandeliers with Edison bulbs and the rest of the lighting are perfect. But the stars of the show are the three huge murals painted on the northern wall. 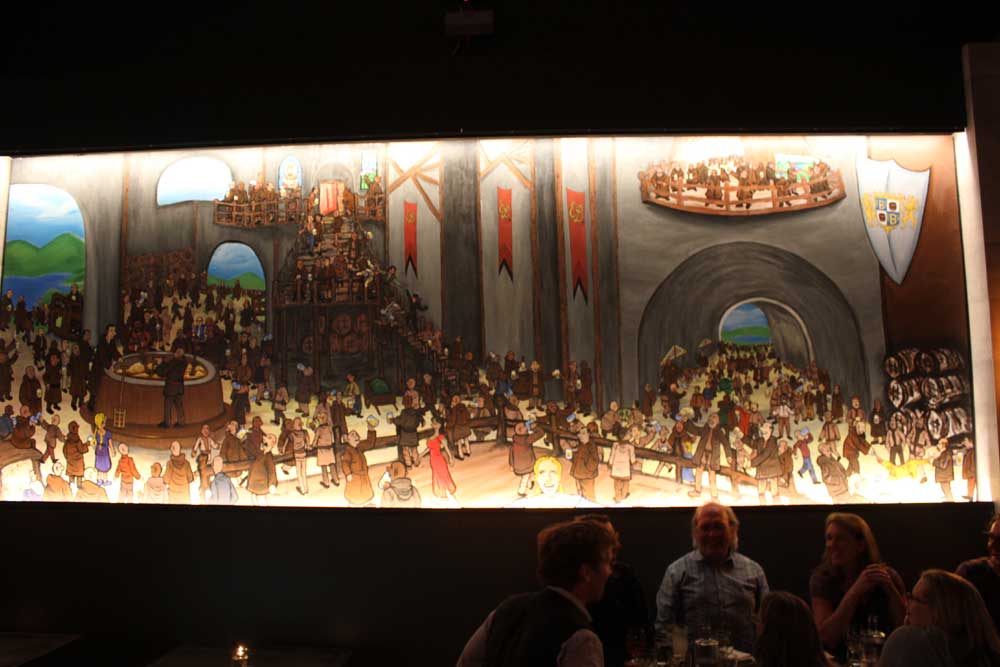 You’ll want to spend some time looking at those murals. There’s a lot to see. In one of the murals, a group of people are painting one of the other murals. See what you can find. Here are a couple clues. “Hello, my name is Inigo Montoya. You killed my father. Prepare to die.” And if you’re old enough, “Hello, I’m Larry. This is my brother Darryl and this is my other brother Darryl.” 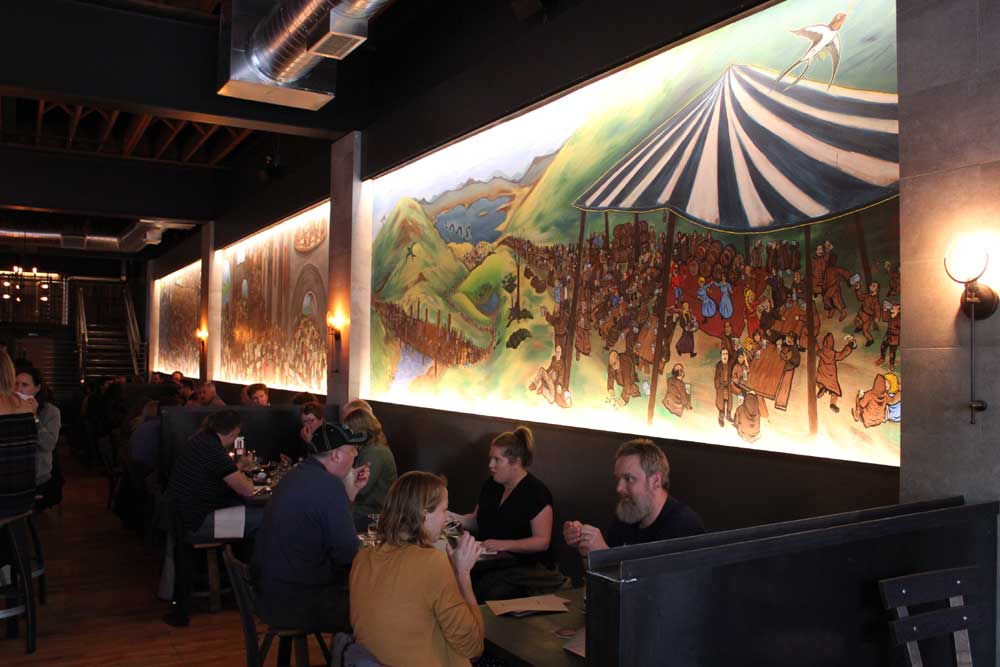 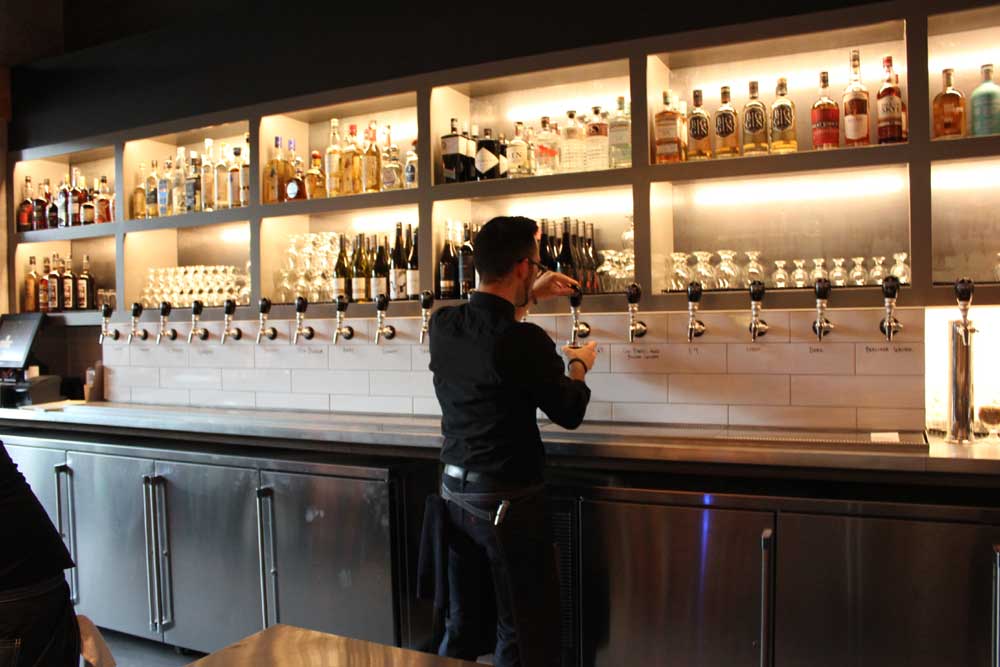 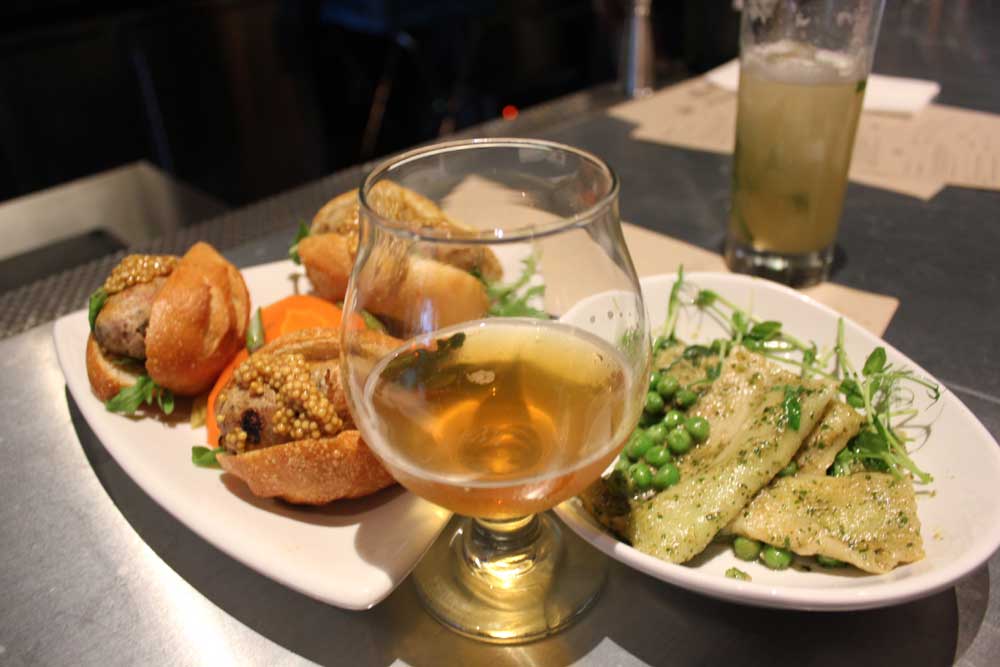 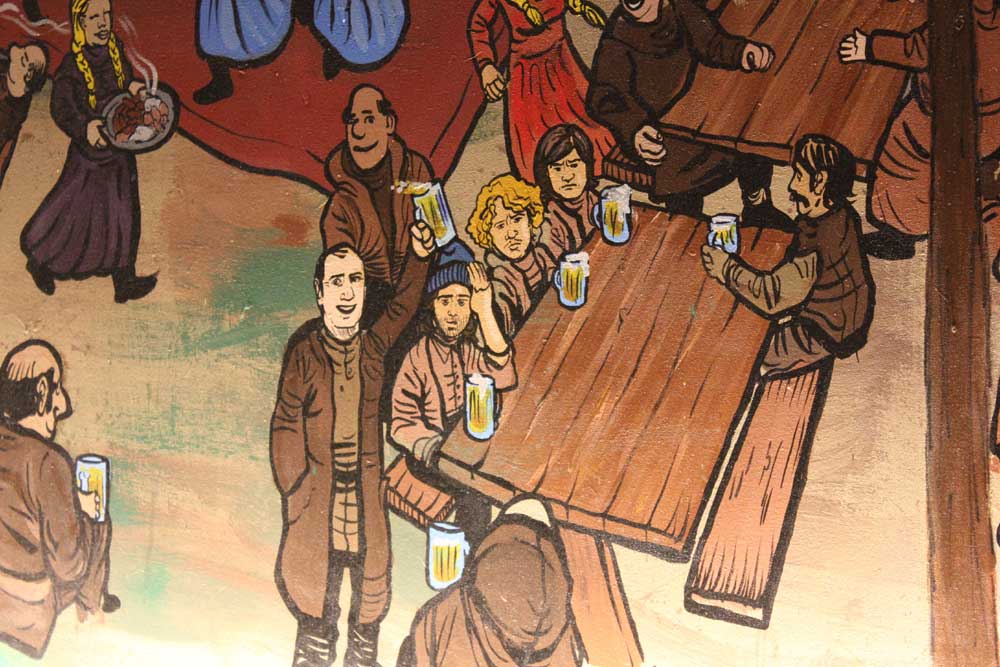