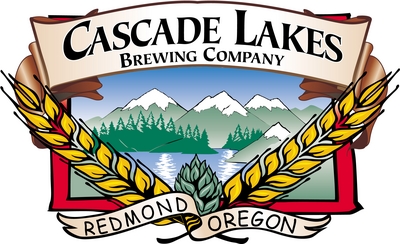 Cascade Lakes Brewing Company of Redmond, Oregon recently announced that it will start distributing beer in Washington on May 1, 2012. Previously the brewery only distributed beer to the Oregon and Idaho markets, with some limited availability in southwest Washington. The expanded distribution plans are fueled by the installation of a new 25-barrel brewhouse which, along with a facility remodel, provided a 25 percent increase in production. The expansion has been in the works for over a year.

“At last, we have the ability to brew more beer, thus it’s a natural time to expand our markets beyond Oregon and Idaho and into our neighbor Washington,” stated Chris Justema, president and partner. “This has been on our radar for years. I moved from Seattle to Bend 12 years ago, so I look forward to going back into a market I know and love. I hear our neighbors to the north are thirsty up there and we are going to do our best to help solve that problem.”

The company’s brewery is located in the Redmond Airport Industrial Park, just 15 miles north of Bend, Oregon. Doug Kutella and Rick Orazetti purchased Cascade Lakes Brewing Company in 2000. The company also acquired 7th Street Brew House in Redmond at that time. Cascade Lakes Brewing now operates a total of five local pubs. In 2002 they acquired Cascade West Grub & Ale House in Bend, adding Ron Kutella as a partner. Tumalo Tavern, located on the outskirts of Bend, was acquired in 2003 bringing Chris Justema on as a partner. In May 2004 the company’s flagship restaurant, Cascade Lakes Lodge, opened in Bend. Chris, Rick and Ron partnered to open the Red Dog Depot in Redmond in August 2007.