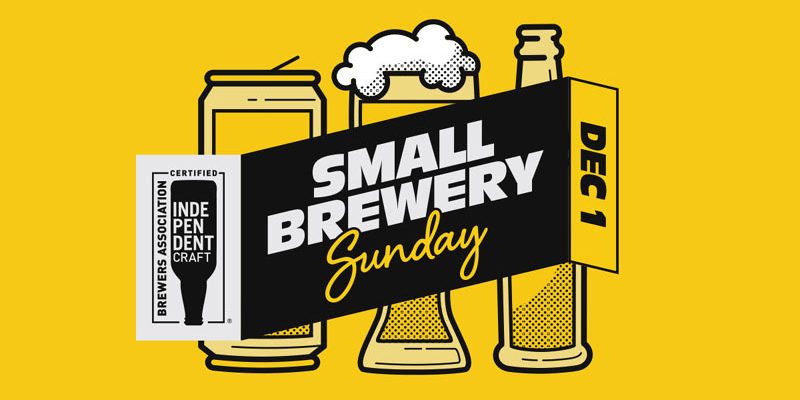 The Brewers Association (BA) is calling it “a new holiday.” The Sunday following Thanksgiving shall henceforth be known as Small Brewery Sunday, a day to celebrate the USA’s craft breweries. The goal is to encourage beer drinkers to support their local, small, independent brewers. The BA encourages people to “seek the seal” and patronize breweries that meet their definition* of small and independent. 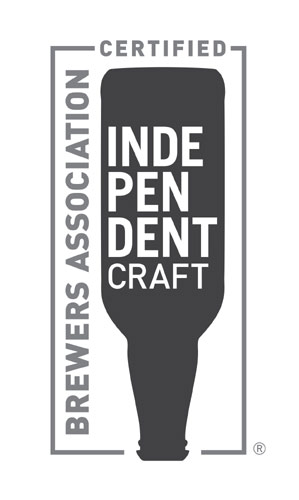 The seal shown above indicates that a brewery meets the Brewers Association’s standard for “small and independent,” but not every independent brewery displays the seal. In truth, and to be thorough, there are some independent breweries that don’t care what the BA thinks. (Full disclosure, I am an associate member of the BA.)

In Washington, nearly all of our breweries qualify as independent and every single one of them qualifies as small, so pretty much any brewery you visit on Sunday qualifies. I think there are only four non-independent breweries in Washington—Elysian, Pyramid, Two Beers, and Redhook (Redhook still operates its Brewlab in Seattle)—but I haven’t given it too much thought.

Why celebrate our local breweries? Well, why not? According to an economic impact report released by the Washington Beer Commission, the state’s 400-plus breweries create 6,300 direct jobs, with a total economic impact measured at $1.4 billion. In the past ten years, the number of brewery production jobs in Washington has more than tripled. Not too shabby, eh?

According to the 2018 Economic Impact Report released by the Brewers Association, the craft brewing industry contributed $79.1 billion to the U.S. economy and provided 559,545 total jobs. In addition to providing jobs and a space for community building, craft brewers also support tens of thousands of nonprofits and charitable organizations. According to the Brewers Association, craft brewers gave an estimated $92.6 million to charitable organizations in 2018.

“Every dollar a beer lover spends at a craft brewery and buying their craft beer at stores and restaurants, fuels a small business and supports the economic health of its local community,” said Julia Herz, craft beer program director, Brewers Association. “Small Brewery Sunday gives us beer lovers a formal reminder that when we buy a growler, crowler, six-pack or pint, we are supporting small brewery businesses and helping them keep their doors open, lights on and fermentation tanks full.”

I know it’s something that readers of this blog do regularly, so visiting a local, small brewery is not a big ask, but if you are out there on Sunday, December 1st follow and share your Small Brewery Sunday experience using the hashtags #SmallBrewerySunday and #SeektheSeal.

*The Brewers Association is the not-for-profit trade organization representing the nation’s small, independent brewers. How do they define a small, independent brewer? Small: Annual production of 6 million barrels of beer or less. Beer production is attributed to a brewer according to rules of alternating proprietorships. Independent: Less than 25 percent of the craft brewery is owned or controlled (or equivalent economic interest) by a beverage alcohol industry member that is not itself a craft brewer. Brewer: Has a TTB Brewer’s Notice and makes beer.