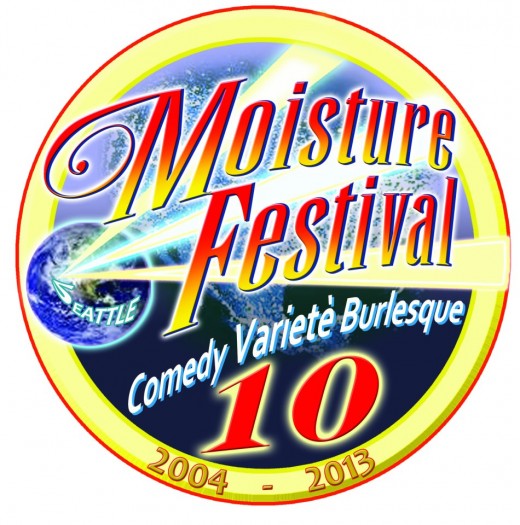 Every year Washington’s best beer geeks descend upon the Hale’s Ale Brewery and its Palladium for the Winter Beer Festival. I am not sure how many of them notice the props, signage and other stuff tucked away behind and around the beer stations. I’m not sure how many of them, or you, know about Moisture Festival—the other event that happens at Hale’s Palladium each year. I like Moisture Festival. You should go.

Right now, Moisture Festival is celebrating its tenth year. What is Moisture Festival? In short, it is great entertainment. It is old-timey. It is risqué. It is circus. It is vaudeville. It is both sexy and silly. It is athletic and it is ridiculous. Moisture Festival describes itself as a comedy, variety, and burlesque show. I should mention that they have beer there. After all, it’s a brewery.

The show runs for about a month at Hales Palladium in Fremont. This year, the dates are March 21 thru April 14.  You can get tickets online. It’s not horribly expensive. Tickets are $20. You get a lot of entertainment for the price. Moisture Festival is not exclusively at Hale’s Palladium, but this is a beer blog so that is where I advise you go see it.

“The Moisture Festival’s varietè shows feature a rapid succession of acts showcasing comedy alongside awe-inspiring physical and mental dexterity, with poignant moments of strength and delicate beauty to make audiences laugh, wonder, shake their heads in disbelief and truly appreciate how live entertainment can exhilarate and bring real joy. A live show band propels each performance.”

I’m not going to pull any punches here. I am going to wax poetic about the past because Moisture Festival reminds me of old Fremont.

Do you remember when Fremont was quirky and fun? Before Adobe and all the condos? It used to be a neighborhood haunted by artists and hippies. Now it’s haunted by yuppies and techies. For as long as I can remember, the Solstice Fair has defined Fremont. The Fair used to offer Seattle a peculiar kind of civilized mayhem—a delicate, hedonistic dance that bordered on the brink of total chaos. Now, for my tastes, the Solstice Fair is just too clean, too organized and too normal. And that’s what I miss about old Fremont. It wasn’t polished or refined; it was cool in an effortless and unintentional way.

I still like Fremont. It remains one of Seattle’s great neighborhoods. I have no problem with new Fremont. I mean, I know that time marches on and everything changes or dies, but I do miss old Fremont. I am a Seattle native and I am 1,000 years old, so I’m entitled to my opinion.

Moisture Festival reminds me of old Fremont.  I can’t really describe exactly why. Maybe because it is unexpected and unusual. Whatever the case, I like it. You should go.

Here’s a tip. Sit on the outside of a row, towards the back. You’ll be able to enjoy the show just fine, but when intermission comes you’ll be at the front of the beer line and/or bathroom line. Believe me, that’s where you want to be.