It was a good weekend for beer drinkers in West Seattle. On Friday, February 14th, The Good Society opened its new brewery and public house. (Read about it.) Two days later, Cold Crash Brewing opened just 1.5 miles away. (See below for location and hours of operation.) One thing that sets this brewery apart from the swarm, Cold Crash is an entirely gluten-free brewery. Of Seattle’s 60-plus breweries, it is only the second to focus exclusively on gluten-free beer. Ghostfish Brewing, perhaps the most award-winning GF brewery in America, is the other. (Photo above from Instagram, other photos by Kendall Jones.) 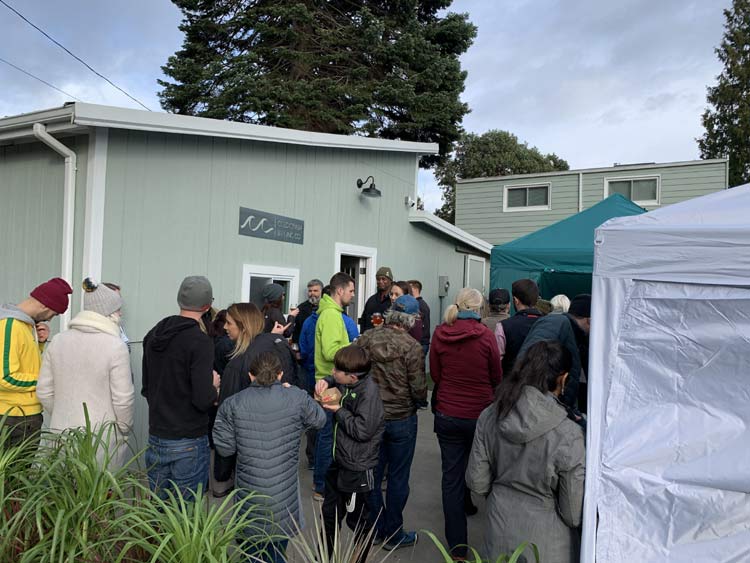 Another thing that differentiates this brewery, it’s in a neighborhood. Not just near a neighborhood, or surrounded by a neighborhood, but right in the middle of it. Cold Crash Brewing is located in West Seattle, about six blocks west of The Junction business district (downtown West Seattle). The actual brewery and tasting room is an accessory building behind the house, in the alley. The tasting room spills out to a pair of tents erected in the backyard/parking space. 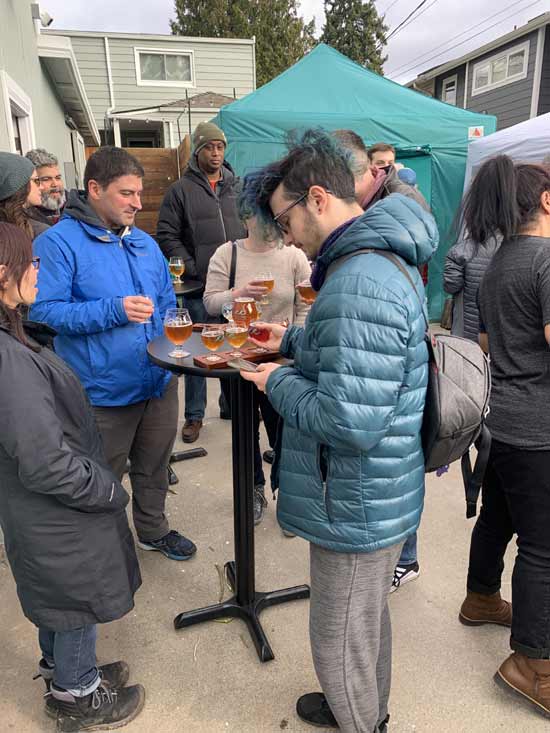 I was there on opening day and couldn’t get in, or even near, the place. I stood in a long line until my patience wore thin. (There will be other, less-trying days to sample the beers.) Obviously, the neighborhood was eager to support the new venture. Those around me with beer seemed plenty happy. 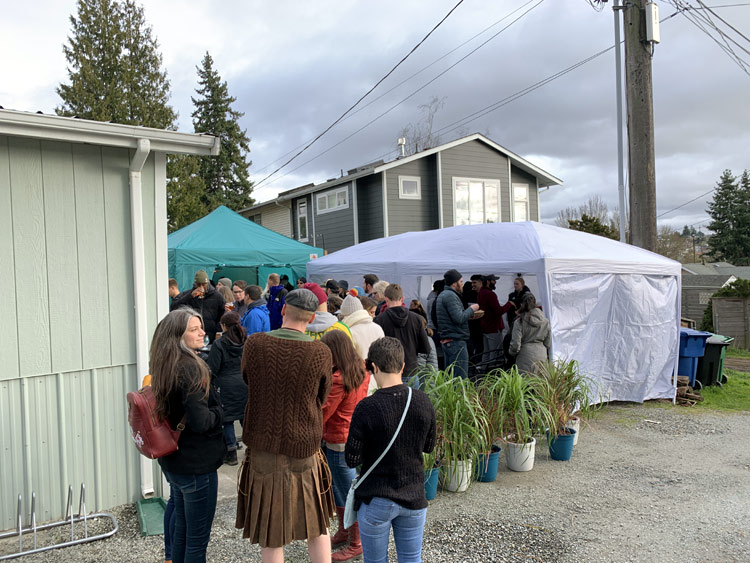 The story as I know it, mostly gleaned from their website: Robyn Campbell and Erin Treankler, the owners and founders of Cold Crash Brewing, met a few years ago while working for, as their website says, “one of the largest coffee and beverage companies in the world.” Use your imagination. Erin learned of her gluten-intolerance some years ago while studying to be a pastry chef. She began developing gluten-free recipes, with an eye on a business venture in mead and cider. Robyn is/was a homebrewer who holds a specialized chemical engineering degree in commercial ethanol production. Whoa! Beyond brewing beer, Robyn aspired to apply her knowledge of control systems and technology to a personal venture.

The next step for Erin and Robyn, obviously, was to open a gluten-free brewery in their backyard.

Hours and Location: Cold Crash Brewing is open Saturdays and Sundays from 1:00 – 5:00 and is located at 4507 48th Ave SW, Seattle, WA 98116. Note that you find the brewery and tasting room in the alley between 48th Ave. and 49th Ave. Enter from the north end of the alley. Park on the street, do not block driveways or intersections, be considerate of the neighbors, and keep an eye out for kids. Lots of kids in this neighborhood and there is a very popular playground just a block away. 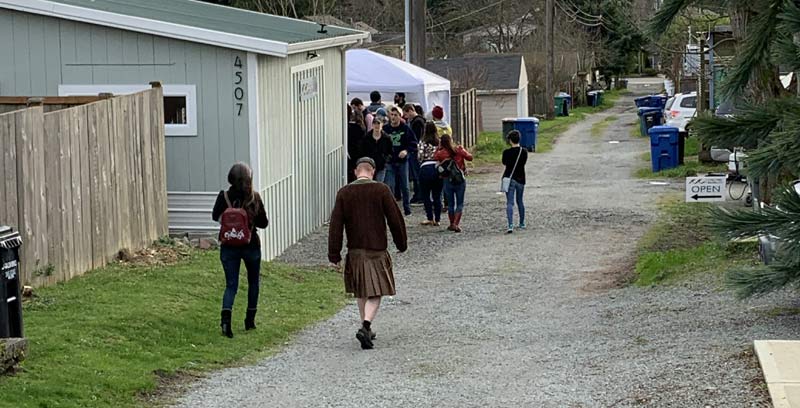 Cold Crash Brewing is open to humans of all ages, but dogs of any age must stay outside the brewery/tasting room.

For more details about the brewery, the story, and all the rest, visit Cold Crash Brewing’s website. It is a robust, lovely and informative website.