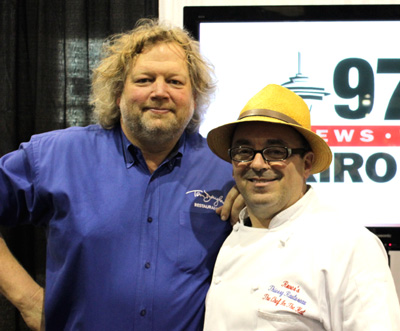 This blog focuses primarily on beer and not on food. However, this is a big deal. The Washington Beer Blog wants to extend our congratulations to Tom Douglas and the local company bearing his name. Last night in New York the James Beard Foundation named Seattle’s own Tom Douglas “Outstanding Restaurateur.”

Tom Douglas Restaurants now operates 15 food establishment in Seattle including the Brave Horse Tavern, which opened just one year ago. Apparently opening a beer-focused restaurant is what helped push Douglas over the top.  At least we would like to think so. Good beer creates good karma, right? This was the fourth time Tom Douglas was a finalist for the coveted James Beard Foundation award. He teetered on the brink of become the Susan Lucci of the food world: always nominated but never a winner. Today, he can refer to himself as “the James Beard Award winning Tom Douglas.” Cheers to you, Tom!