The Copper Door is at it again. Owner Craig Moore and manager Kate Fahie have brought some unique and fantastic events to Tacoma’s Stadium District in less than two years. These have included beer festivals of many varieties, nearly-weekly brewer’s nights, movie nights, and events for their membership group Brewmunity, which are top secret, and available to Brewmunity members only.

On March 19 begins a Barrel-Aged festival that lasts two days at The Copper Door, including some beers that were brewed, and perhaps racked to a barrel, before the bottle shop and bar ever sold its first beer.

Casey McLain is the host and producer of Offspeed Podcast, which will be producing a standup comedy show on which Casey will be performing on March 13 at Seattle’s Comedy Underground. Casey’s tweets can be found at @TheCaseyMcLain. 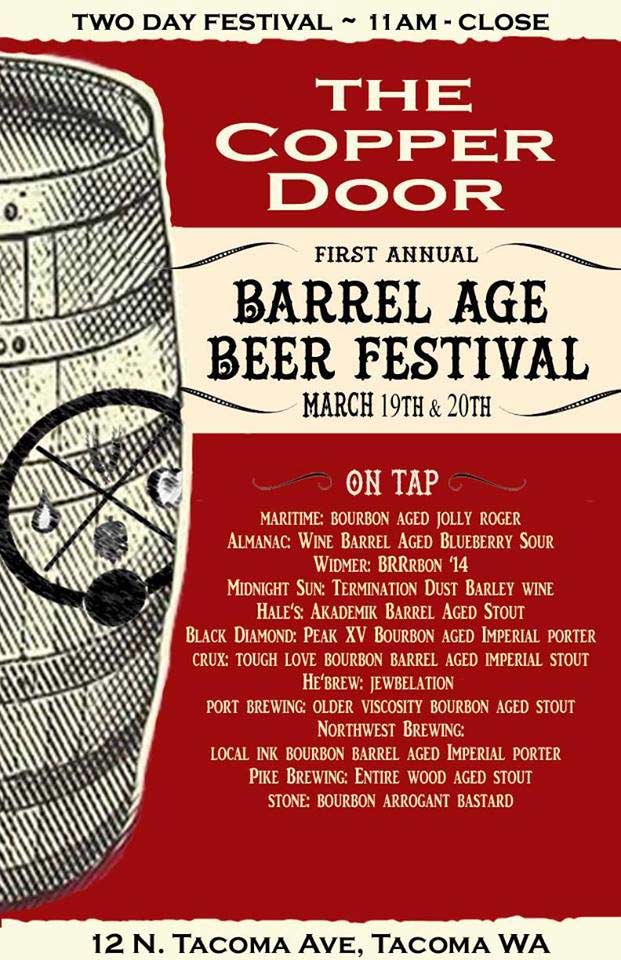