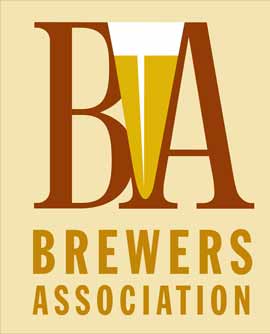 According to a study conducted by the Brewers Association*, craft beer is a big part of Washington’s economy. In fact, the study concluded that the economic impact of craft beer on the local economy is more than $1 billion annually.

You probably don’t spend a lot of time wondering about the economic impact of craft beer on the local and national economies. You just like to drink beer, right? Still, it is interesting. To those fighting for the preservation and prosperity of the industry, the numbers are particularly valuable: our representatives in Olympia should consider these numbers before they haphazardly wage economic warfare on one of the state’s only growth industries, as they tried to do when creating the last budget and likely will do when creating the next. 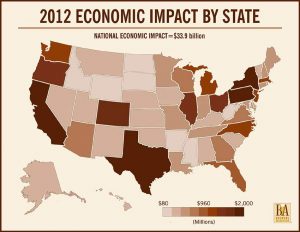 Washington ranks 10th in the nation in terms of overall economic impact, mostly behind much more populous states like California, Texas and New York. Others in the top 10 include Illinois, Ohio, Pennsylvania, Colorado, and Oregon.

These numbers are based on a study conducted by the Brewers Association. Note that this is a bit of a time capsule: the results were drawn from 2012 numbers. That is, it’s a measure of the impact back in 2012.

This study was based on two national surveys conducted by the Brewers Association. The data obtained in these surveys were then analyzed to examine the roles and impressions of craft brewers in the national and state economies, taking into account the impact it has across the production, distribution, and sales lifecycle. Read more about the report methodologies here.